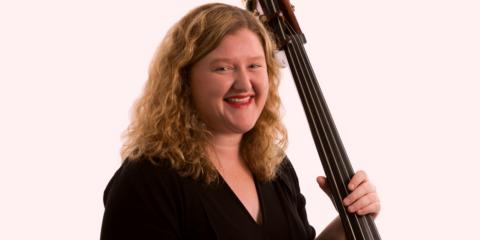 MCO’s French Arias can be heard in Melbourne on Thursday 17 May at The Deakin Edge, Federation Square and Sunday 20 May at Melbourne Recital Centre

MCO: The music we’re playing in this program is by well-known composers, but not composers that chamber orchestras get to play very often. What’s the feeling of this music, which might be described as late Romantic or Impressionist?

Emma: With the exception of Calvin Bowman’s new work, this program is comprised entirely of French repertoire from the late 19th and early 20th centuries. This was a period of transition, with composers often retaining the expression and nuance of the Romantic era, while exploring more complex and ambiguous harmonic and rhythmic language. The term Impressionist is often attached to this music, particularly the works of Claude Debussy. Although he rejected this label, it is unsurprising that Debussy’s atmospheric and evocative music was linked so directly to visual art.

The works featured in this program are full of subtle charm and effectively conjure the imagery suggested by their descriptive titles. Some works are inspired by more abstract concepts such as moonlight, wind, rain, tenderness or even the colour green. Others are reminiscent of a specific country or culture, such as The Spanish Step that concludes Fauré’s Dolly Suite or Debussy’s Belgian and Spanish scenes. Both Debussy’s Children’s Corner Suite and Fauré’s Dolly Suite capture the imagination, simplicity and innocence of music for children. Many of the featured works were originally composed for piano. I am sure that Nicholas Buc’s arrangements will take advantage of the timbral possibilities of the string orchestra to reimagine the colours and characters of this music.

Although contemporary, Calvin Bowman’s new work also shares a strong link to the rest of the program as it is a setting of a 19th century text by French poet Rimbaud, inspired the tragic character Ophélie from Shakespeare’s Hamlet.

MCO: We’re working with soprano Greta Bradman in this program. Tell us about working with voice in the orchestra.

Emma: I think Melbourne Chamber Orchestra is well suited to working with vocalists. The smaller forces of the chamber orchestra allow the soloist significant range and flexibility and facilitate strong ensemble. As string players, we strive to create a lyrical sound through our instruments and working with excellent vocalists is always very inspiring. Performing Handel’s Rodelinda with Greta Bradman in 2014 was a real musical highlight for me with MCO and I am looking forward to working with her again as she brings Verlaine and Rimbaud’s emotive texts to life.