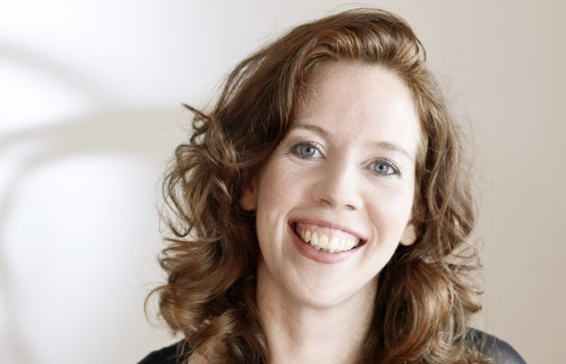 MCO’s Towards Eternity can be heard in Melbourne on Sunday 3 September at Melbourne Recital Centre and Friday 8 September at The Deakin Edge, Federation Square. It is also being performed as part of the orchestra’s Daylesford chamber music festival, A Feast of Music, on Saturday 9 September.

Internationally renowned recorder virtuoso Genevieve Lacey has a repertoire that spans 1000 years so it should be no surprise that her program Towards Eternity, for the Melbourne Chamber Orchestra concerts in September, includes examples of music from across those different eras. Composers everyone regards highly – Vivaldi, Beethoven, Vaughan Williams – are included alongside some who are much lesser known. “It is an opportunity to hear things that people have not discovered before, alongside music they know and love,” Lacey says.

“I have never been interested in just trying to replicate music from previous eras. I want to see how things from the past can talk to us now. I hope there will be discoveries for most people in what we play such as a relationship between a contemporary like Thomas Adès and de Rore from the 16th century.”

Research reveals that Cipriano de Rore was a Franco/Flemish composer who worked in Renaissance Italy. His music in the program follows the opening item from 12th century Paris. The concluding work is Fantasia on a Theme of Thomas Tallis by Vaughan Williams. “Music is timeless for me,” Lacey says. “I think early and contemporary music share an aesthetic and a purity of sound. Many modern composers have been influenced by the sound world of very early music.”

She quotes the English writer Jeanette Winterson to illustrate her meaning. “If truth is that which lasts, then art has proved truer than any other human endeavour. What is certain is that pictures and poetry and music are not only marks in time but marks through time, of their own time and ours, not antique or historical, but living as they ever did, exuberantly, untired.” Lacey acknowledges that she has spent a lot of time in “quirky corners” of the 15th and 16th centuries. “It is a real gift for me to be able to say here is something that is really interesting.”

She is as equally passionate about contemporary music and is chair of the Australian Music Centre which supports today’s composers and performers. She makes her home in Melbourne and returned from two months in Europe to make final preparations for the MCO concerts.

Her European activities are usually limited to concert appearances but have now broadened to be as wide-ranging as what she does in Australia and will culminate in 2019. “It is very exciting but too soon to reveal all the details.”

Lacey sees her role as collaborator as an important part of what she does. She is working closely with the MCO’s artistic director, William Hennessy, and its executive director, Richard Jackson, on the program for Towards Eternity. “William is a very generous man who has supported young people and provided them with opportunities throughout his career.”

She will perform in the concerts after making many of the musical arrangements. “One of my favourite activities is to take an idea and bring it to fruition. It is great fun.” She says the program stitches different elements together linked by the idea of timelessness. This she says is representative of the modern era.

She says performances for a large part of musical history involved only contemporary music. “But that changed in the 19th century and we went on to become obsessed with music from the past. This is really only a short blimp in history and rigid programming ideas are changing to become more and more malleable.”

She points to a collaborative project, 1 infinity, she has been working on in Beijing for the past two years as an example of what she means. This will premiere in Melbourne, Beijing and Shanghai in October 2018, after beginning with her residence with the Jun Tian Fang cultural centre.

It has expanded to include Australian choreographer Gideon Obarzanek and British composer Max de Wardener and includes exploration of the ancient seven-stringed instrument, guqun, which is associated with the philosopher Confucius. “It is exciting to be able to work across genres and centuries. It shows how ideas of programming are always evolving.”

With thanks to Robin Usher and 3MBS Fine Music Melbourne.