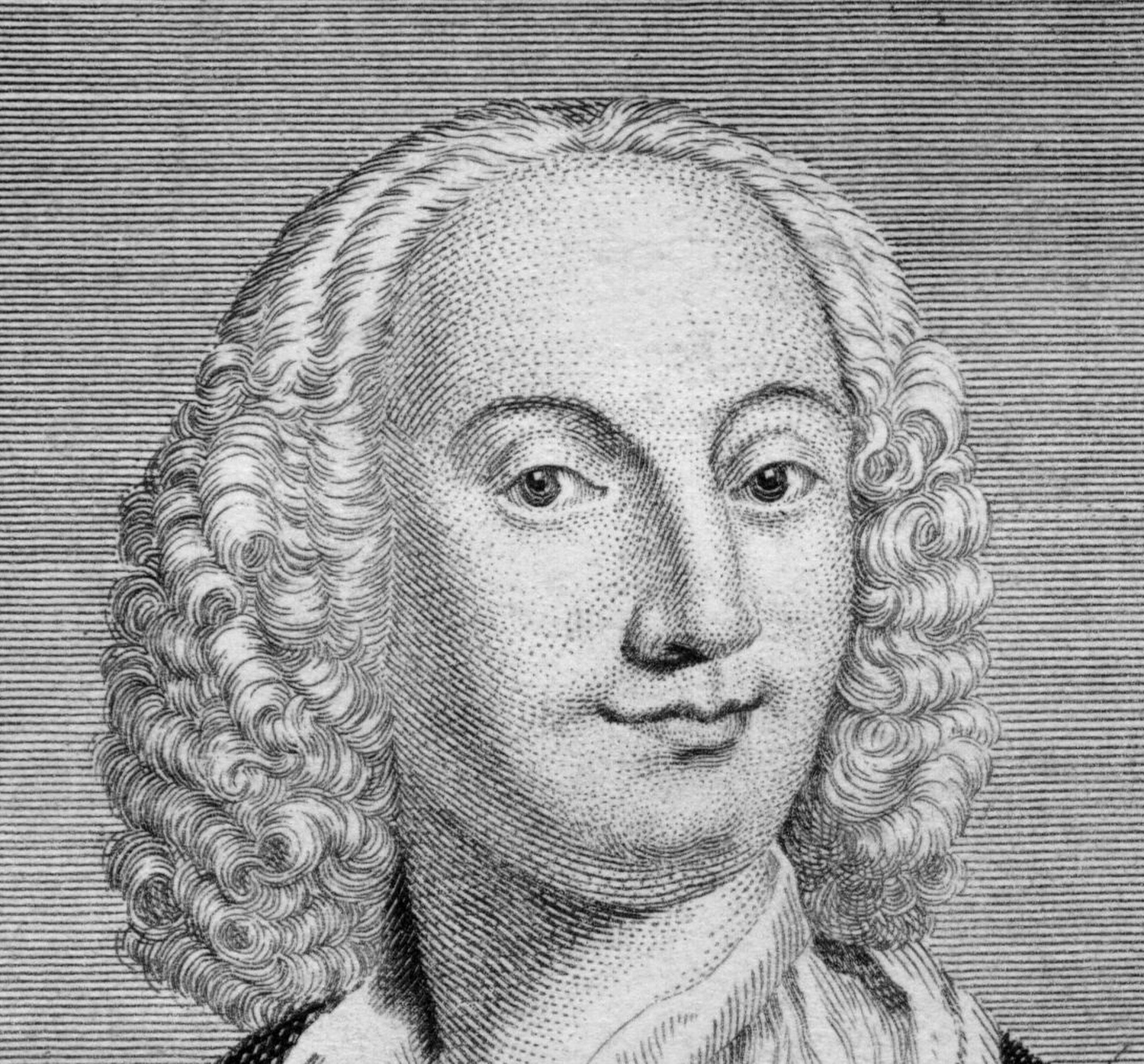 MCO’s Towards Eternity can be heard in Melbourne on Sunday 3 September at Melbourne Recital Centre & Friday 8 September at Deakin Edge, Federation Square.

Léonin (c. 1150–c.1201) and Pérotin (c. 1160–1205) were associated with Notre Dame Cathedral in Paris and were two of the earliest named composers of the Notre Dame school of polyphony that saw the early development of music from single line ecclesiastical chant through to music with multiple lines.

Léonin collected a vast array of extracts of Gregorian chant. To the single line of chant he added another vocal line – this was initially parallel to the chant at a fixed interval, and later became more elaborate and distinct from the original chant. It is Leonin’s two part arrangements that were assembled into his Magnus Liber (great book). Pérotin expanded these compositions from two to four parts.

The chant Viderunt omnes (All the ends of the earth have seen the salvation of our God) was arranged as a four part motet by Pérotin in 1198. In today’s program the first part of the motet has been arranged for three cellos and bass (with the bass playing the slow moving chant). The second part of the motet Notum fecit (The Lord has made known his salvation) is arranged for four violins.

Cipriano de Rore (c. 1515–1565) was born in Flanders, however he spent most of his life in Italy. A renowned and innovative composer in his day he exerted great influence on the development of music in the later Renaissance. Through the genre of the secular vocal form, the madrigal, he displayed his genius at aligning text to music.

The four-part madrigal Ancor che col partire (Even with the start) was composed in 1547 to a text by Alfonso d’Avalos. It is arguably de Rore’s most famous and widely distributed composition. Composers such as Antonio de Cabezon, Andrea Gabrieli, Giovanni Bovicelli and Giovanni Bassano used the work as the basis of extended adaptions and ornamentation—in this case referred to as divisions.

The English composer Thomas Adès (b. 1971) composed the string quartet Arcadiana Op 12 in 1994. The work is in seven movements and explores a diverse range of experiences and emotions associated with Arcadia (a utopian pastorale) using extended string techniques (including glissandi and harmonics), a wide and rapidly changing dynamic range, and rhythmic complexity.

The slow and quiet penultimate movement O Albion has a nostalgic character that is reinforced with a gentle sigh-like motif. The movement ends with an unresolved cadence.

Antonio Vivaldi (1678–1741) is one of the most original and influential Italian composers of his generation. His contributions to musical style, violin technique and the art of orchestration were substantial. Although not an inventor of musical forms, he creatively adapted, refined and expanded them. His instrumental works include solo sonatas, trio sonatas, sinfonia and concerti. He wrote approximately 500 concerti with about 350 for solo instrument and strings. The concerti generally follow the three movement plan of fast-slow-fast.

The C minor recorder concerto is one of the most technically demanding and virtuosic of Vivaldi’s concertos. The three movements are all in ritornello form where the main theme is presented with a series of contrasting and elaborating episodes.

The Grosse Fuge (Great Fugue) Op 133 was written as a single movement for string quartet by Ludwig van Beethoven (1770–1827). The work was originally conceived as the final movement of String Quartet no 13 in B flat Op 130. It was first performed in 1826 as the finale to Op. 130. At this performance the other movements were well received however the finale was deemed inaccessible and incomprehensible. With Beethoven’s permission the fugue was published separately as Op 133 in 1827 (as well as an arrangement for piano duet, Op 134).

The work is regarded as one of Beethoven’s greatest testaments. It is not so much his artistic homage to the past but the composer pushing conceptual and musical boundaries. It is a multi-movement composition presented as a single work. The work commences with a short overtura in which Beethoven fleetingly presents each of the themes and motives of the work. The work then unfolds in a series of sections. The first section proper is a double fugue marked Allegro. This is contrasted to the Meno mosso e moderato section which is also a double fugue. Here the assertiveness of the opening section is contrasted with a mood of lyrical repose. The Allegro molto e con brio follows with further development and fragmentation of the first theme. This is then followed by a second Meno mosso moderato with two smaller faster sections that lead to the coda where the main theme re-emerges and takes us through to the powerful conclusion of this massive and complex monument.

Ross Edwards writes: I think one of music’s great blessings to humanity is its capacity to still the unquiet mind, suspend the linear passage of time and promote the intuitive “night” mode of consciousness which invites present-centred contemplation. In our tense and turbulent times the need to restore contemplative music to mainstream listening is being recognized even in the Western concert hall.

When I was commissioned by the Tyalgum Festival of northern NSW to create a work for shakuhachi, didjeridu and percussion, I took the opportunity to explore the contemplative mode through techniques involving the repetition of sounds and shapes that might induce a sense of timelessness. At that time, I had no inkling that the work I created, Tyalgum Mantras, would become one of my most widely performed compositions and initiate a series of mantra pieces, including Dawn Mantras and The Heart of Night, for shakuhachi and orchestra. The flexible format and scoring has allowed many different performance possibilities ranging from a very large ensemble to just a few instruments. It has been performed in the open air, in the desert; once, memorably, outside a Welsh castle by the sea at dawn, and in semi-darkened concert halls and candle-lit churches. Other possibilities await exploration.

John Dunstaple (c. 1390–1453) was an influential English composer of the first half of the 15th century. In his time he was considered as eminent as Dufay, Binchois, Ockeghem, and Busnois. Today his name is often placed alongside Byrd and Purcell for his contribution to the development of English music.

The motet Quam pulchra es (How beautiful thou art, and how graceful, my dearest in delights) is largely a choral setting of the text from the Song of Songs. The work is arranged for this performance for three violas and is notable for its controlled use of dissonance and its sonorous rich textures.

Giuseppe Sammartini (1695–1750) was an Italian oboist and composer, and the elder brother of the composer Giovanni Battista Sammartini. Born in Milan he moved to London in the late 1720s. A renowned oboe player, he was also a composer of instrumental music including sonatas, trios, overture and concertos for solo and multiple instruments. His music stands comfortably alongside Corelli and Geminiani.

The recorder concerto in F is one of his most known works. The Allegro is in ritornello form with the regular return of the opening idea throughout the movement. The recorder first makes its entrance was a cadenza-like passage. The movement is punctuated with motivic and harmonic development and the virtuosic solo sections. The Siciliano is a poignant lyrical movement. The main melody is ornamented and has rhythmic and chromatic elements. The Allegro assai is again in ritornello form with a gig like character with syncopations. The soloist provides a delightfully lavish display of technical feats.

Ralph Vaughan Williams
Fantasia on a theme of Thomas Tallis

Ralph Vaughan Williams (1872–1958) was a significant English composer, teacher, writer and conductor of the last century. He was engaged in a wide range of musical activities over his life and his compositions reflect great diversity in style and genre.

The Fantasia was composed in 1910 and performed in that year at Gloucester Cathedral for the Three Choirs Festival; it subsequently underwent some revisions up to 1919.

The theme by Thomas Tallis (c1505-1585) is the third mode melody (Why fumeth in fight?) of nine psalms composed in 1567 for Archbishop Parker’s psalter. The melody was included in the English Hymnal which Vaughan Williams was editing at the time.

The work is a multi-sectioned composition. The theme is heard three times in its entirety throughout, and the music develops as motives derived from the theme. The blocks of sounds resonate with call-and-response, echo-like qualities. These combine to form an exquisite mystical statement on English music.