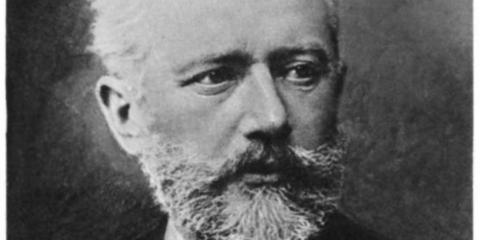 Ian Munro is a leading Australian pianist and composer. As a composer he was the winner of the Belgian Queen Elisabeth Music Competition in 2003 and has been commissioned by ensembles including TSO, ACO and the Australia Ensemble.

Black is the Night was commissioned by Australian Chamber Orchestra for their 2009 season. Inspired by the poetry of Judith Wright, the work evokes a series of night-time worlds implied by its title. An exquisite ascending motif recurs throughout the work, binding the work together and serving as a departure point for each of the work’s short episodes.

The Russian composer Pyotr Il’yich Tchaikovsky (1840-1893) was, according to theorist Boris Asaf′yev, the first composer of a new Russian type: fully professional, who firmly assimilated traditions of Western European symphonic mastery. In a deeply original, personal and national style he united the symphonic thought of Beethoven and Schumann with the work of Glinka.

Souvenir de Florence Op. 70 was composed in 1890 as a string sextet. The work was scored for two violins, two violas and two cellos. Following the first performance in November 1890, Tchaikovsky made revisions in the following year. In 1890 the composer spent time in Florence where his ballet The Sleeping Beauty was given its first performance. While in Florence he was working on a draft of his opera The Queen of Spades which was produced later that year in St. Petersburg. The year ended with the significant rupture in his relationship with his patron Nadezhda von Meck.

The work was written following Tchaikovsky’s return to Russia from Italy. The first movement in D minor is in a sonata rondo form with great contrast between the main themes. The song-like slow movement in D major is in a simple ternary form. The third movement moves to the key of A minor while the last movement returns to D minor. The final two movements are characterised by the use of folk-like melodies.

Tchaikovsky’s other major essay for strings are the Serenade in C Op. 48 which also follows a four movement structure.

This tour is generously supported by the Australian Government’s RISE Fund and the Touring Victoria program of Creative Victoria. Thank you to East Gippsland Shire Council for their support of the Lakes Entrance performance and Helenka King for her support in Swifts Creek.