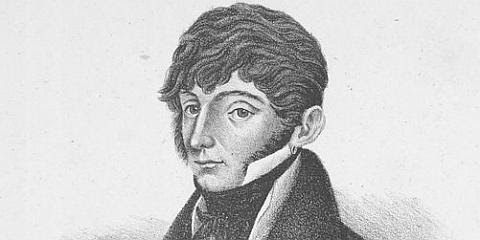 MCO’s Italian Guitar can be heard in Melbourne on Thursday 27 February and Sunday 1 March at Melbourne Recital Centre.

A concerto is in general terms an instrumental work built on some form of contrast between a larger instrumental ensemble and a smaller group or a solo instrument, or among various groups within an orchestra. It was not until the eighteenth century that the term generally began to be applied to works in three movements (fast-slow-fast). From this time we see the development of virtuosic display by the soloist. It is interesting to delve into the etymology of the term “concerto”. The writers of the Oxford Dictionary of Music suggest ‘Concerto’ probably comes from the Latin concertare, which can mean both ‘to contend, dispute, debate’ and also ‘to work together with someone’. The primary Italian meaning of concertare is ‘to arrange, agree, get together’, but both this and the other Latin definition (they are not mutually exclusive) were in use in the course of the form’s development.”

The concerto grosso is considered to be an expansion of the trio sonata for two melody instruments and a basso continuo (often two violins and continuo). In the concerto grosso, a small group of instruments (the concertino) is placed against the string orchestra (the ripieno). This was used by Corelli, Geminiani and Handel. The form emerged again in the twentieth century with composers such as Stravinsky, Bloch, Vaughan Williams, Schnittke, Villa-Lobos, Penderecki and Glass.

The two concertos by Antonio Vivaldi (1678–1741) in the program provide us with a sweep of colour, style and virtuosity. Vivaldi is regarded as one of the most original and influential Italian composers of his generation and his contributions to musical style, instrumental technique and the art of orchestration were substantial. Although not an inventor of musical forms, he creatively adapted, refined and expanded them. His output was prodigious, and he wrote across a range of genres including masses, vespers, motets, cantatas, oratorios and operas. Vivaldi’s instrumental works include solo sonatas, trio sonatas, sinfonia and concertos. He wrote approximately 500 concertos with about 350 for solo instrument and strings, of which 27 are for cello, string orchestra and continuo.

The concertos generally follow the three movement plan of fast-slow-fast. It is within this form that we start to see the development of the role of the soloist—particularly in the first movement.

The Concerto in C major, RV 399 was composed in the period between 1708 and 1713. The opening Allegro is an exhilarating interplay between the solo cello and strings. The second movement, Largo, in an extended aria in A minor. The Allegro finale is notable for its contrasting dynamics.

The Concerto in G major RV413 was originally composed as a cello concerto. The opening ritornello commences with marked dotted rhythms over moving semiquaver flourishes providing great musical impact. The extended Largo opens with the strings in unison before the soloist enters with a liltingly beautiful melody. The Allegro is developed around a descending figure with a sense of drive and excitement.

George Frideric Handel (1685–1759) was born in Halle, Germany, and after time in Italy settled in London in 1712 where he remained until his death. While he is famous for his operas, oratorios, anthems and concertos, he was a great music entrepreneur who tested, tantalised and educated his audiences.

The 12 concerti grossi were written in the short period of September and October 1739 and published as Op 6 in 1740. With the intensity of the compositional period (and the volume of output) they were presumably composed as an integral set. In many ways, Handel followed the model of Arcangelo Corelli’s set (of 1714) with the same opus number, number of concertos and scoring. These exquisite concertos provide great contrast to his earlier set of concerti grossi Op 3 (1734), the Water Music (1717) and the later, more expansive, Music for the Royal Fireworks (1748).

The opening Largo comprises a stark series of chords producing a dramatic harmonic progression with changes in dynamics. The following Allegro and Larghetto movements are reworkings of the first two movements of organ concerto HWV 295. In the Allegro we see the original concerto transformed into an interplay between the concertino and the ripieno incorporating the original “cuckoo” and “nightingale” calls. The Larghetto is a quiet and gently rocking siciliano.

The following Allegro and Menuet are based on borrowed materials from the composer’s opera Imeneo. The Allegro is a lively fugue providing a good sense of contrast. The stately Menuet commences in a minor key, again providing a sense of contrast, and returns to the major key in the coda. The concluding Gigue is in two sections and pushes the work to an exciting conclusion.

Mauro Giuseppe Sergio Pantaleo Giuliani (1781–1829) was an Italian guitarist, cellist and composer. He lived in Vienna from 1806 to 1819, and it was here where he composed many of his works and established his reputation as a guitar virtuoso. During this period, through his teaching, performing and composing he was at the forefront of classical guitar composition and performance in Vienna. As a cellist he played in the premiere of Beethoven’s Seventh Symphony in 1813 and frequently performed with Hummel, Mayseder, Moscheles and Spohr. Around 1814 he was conferred the title of ‘virtuoso onorario di camera’ to Empress Marie-Louise, Napoleon’s second wife.

Among the more than 200 published works, Giuliani composed three guitar concertos (Opp 30, 36 and 70). The concerto Op 30 was first performed by Guiliani in April 1808 in the Redoutensaal in Vienna. The performance was received with great enthusiasm and established his place in Viennese musical society.

The Concerto in A major is in three movements. The opening, Allegro maestoso is in sonata-allegro form with two playfully contrasting themes. After the initial statement of the themes they are developed and embellished with great technical display by the soloist. The Andantino is marked siciliano and is based on a beautiful melancholic melody in a minor key. This then moves to a second theme in the major. The final movement is a spirited polonaise marked Allegretto. The virtuosic requirements of the soloists are again at the fore in this movement.

Giuseppe Verdi (1813–1901) is one of the great composers of opera and composed more than 25, with many remaining in the operatic repertoire today. While his output includes a good number of non-operatic choral and vocal works his instrumental music is not often performed and consequently less known.

The String Quartet in E minor was composed in 1873 while Verdi was in Naples for a production of Aida. At this time he had started work on his Requiem that was completed in the following year. The String Quartet is his only chamber work and is an expansive composition in four movements. The opening Allegro is dramatic and conveys a sense of urgency, while the second subject is reflective and calm. The movement is a swirl of exchanging ideas. The Andantissimo provides a lyrical and melodic repose from the surrounding movements. The Prestissimo conveys a sense of wild and furious drama, contrasted with a beautiful cello aria accompanied by the strings. The finale is marked Scherzo fuga, Allegro assai mosso and provides a good indication of the spirited and joking fugue to conclude the work.