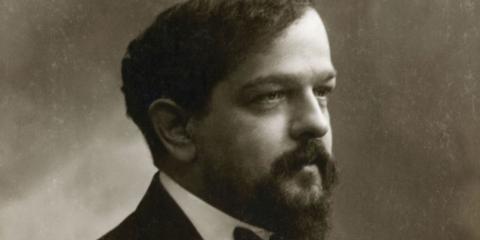 MCO’s French Arias can be heard in Melbourne on Thursday 17 May at The Deakin Edge, Federation Square and Sunday 20 May at Melbourne Recital Centre

After completing studies in Law, Ernest Chausson (1855–1899) became a student of Jules Massenet at the Paris Conservatoire and subsequently studied with Cesar Franck. He died at 44 years of age of a cycling accident leaving 39 published works. Among them were the Symphony in B flat Op 20 (1890) and the Concert Op 21 for piano, violin and string quartet (1892), as well as numerous songs and works for piano.

The work is rhapsodic in character with changing moods and ideas. It commences Lento e misterioso and proceeds through a range of contrasting markings: Molto animato, Animato, Poco lento, Poco meno lento, Allegro, Lento, and finally Tranquillo. The Poème is perhaps the most performed and recorded work of Chausson.

Gabriel Fauré (1845-1924) is one of the great French composers of the late nineteenth and early twentieth centuries. He is possibly most acknowledged for his choral-orchestral work, Requiem (1890), however he made significant contributions to the piano, art song and chamber music literature.

Dolly Op 56 was written between 1894 and 1896 as a suite for piano four-hands to celebrate the birthday of the daughter of his mistress, Emma Bardac. Unlike much of Fauré’s music, each of the titles is descriptive. This suite presents some of the most refined and cultivated aspects of the composer.

Berceuse (Allegretto moderato) was composed in 1864 and originally named La Chanson dans le jardin. This quiet nursery song was revised to mark the first birthday of Dolly with the revised title. Mi-a-ou (Allegro vivo) was written for Dolly’s second birthday and does not refer to a pet cat, but is a play on the way she tried to pronounce her brother’s Raoul’s name. Le jardin de Dolly (Andantino) was composed in 1895 and is the central movement of the suite. The simple beautiful melody is presented with a gentle undulating accompaniment. Kitty-valse (Tempo di valse) provides a fast moving portrait of a pet dog. Tendresse (Andante), composed in 1896, is a quiet lyrical chromatic piece. Le pas espagnol (Allegro) concludes the suite with a lively and picturesque Spanish dance.

Claude Debussy (1862-1918) emerged through the late nineteenth century as one of the most important composers of the day. His influence spread well outside France.

Debussy composed settings of six poems of Paul Verlaine (1844-1896) between 1885 and 1887. The original collection for voice and piano was published in 1888 as Ariettes, paysages belges et aquarelles (Songs, Belgian landscapes and watercolours) and revised in 1903 as Ariettes oubliées (Forgotten songs). The cycle is dedicated to Mary Garden who sang Mélisande in Pelléas et Mélisande (1903). These songs are subtle and nuanced and marked the future direction of Debussy’s compositional style.

The “languorous ecstasy” of the first of the six songs morphs into the sadness and “weeping in my heart” of the second song. The third song “The shadow of the trees in the misty river” is reflective and downcast. In the fourth song, the opening energy of the merry-go-round horses merges into a pensive and sad mood. The last two songs are identified as aquarelles (watercolours) with their English titles: Green a love song, and Spleen exploring the mood of despair. The collection provides a beautiful combination of text and music, conveying rich and evocative visual images.

Three short arrangements in the program are taken from Debussy’s celebrated piano collections.

Clair de lune (Moonlight) is possibly one of Debussy’s most recognised compositions. It is the third of four piano pieces that form the Suite bergamasque composed around 1890 and revised and published in 1905. The title comes from Verlaine’s poem of the same name. It is an evocative and mysterious short piece marked andante très expressif providing a beautiful glimpse of moonlight shimmering through the leaves of a tree.

La soirée dans Grenade is the central movement of the piano collection Estampes (prints) composed in 1903 and conjures an atmospheric image of Spain. The work opens quietly and gradually builds to suggest a colourful, festive and elegant occasion before a return to the subdued mood of the opening.

Golliwogg’s Cake-Walk is the sixth and final piece in the Children’s Corner suite composed between 1906 and 1908. The suite is dedicated to the composer’s young daughter, and provides an evocation of childhood as well as a depiction of some of his daughter’s toys. At the time the stuffed toys called “Golliwoggs” were most fashionable. This piece opens with a syncopated rag-like theme, and the middle section references the love-death motif from Wagner’s Tristan und Isolde before the return of the opening cake-walk.

Calvin Bowman is one of Australia’s best-loved and prolific composers, specialising in the form of artsong. To date he has written nearly a hundred songs with more constantly on the way. He is a laureate of the Ned Rorem Award for Song Composition, the Diana Barnhart American Song Competition, and the English Poetry and Song Society Artsong Award. His song Now Touch the Air Softly, recorded by Emma Matthews with the Monte Carlo Philharmonic Orchestra, was nominated for Best New Composition in the 2009 Limelight Awards, and was listed in the ‘ABC Classic FM – Classic 100: Love’ countdown.

Dr Bowman’s interest in vocal music naturally led to the composition of two operas; Lost to the Music, to a libretto by John Marsden, was written for the National Boys’ Choir, whilst The Magic Pudding – The Opera was commissioned and premièred by Victorian Opera in 2013. It received a return season with the same company earlier this year.

Dr Bowman was born in Ararat, rural western Victoria. He is a graduate of the University of Melbourne, and was the first Australian to graduate with a Doctor of Musical Arts degree from Yale University, with the assistance of a Fulbright scholarship. He is a former Senior Lecturer in Composition and University Organist at The Australian National University. In addition to composition, he is much in demand as a pianist, organist and chamber musician.

The composer writes:
The setting I’ve made of Rimbaud’s Ophélie demonstrates a departure from my usual songwriting methods.

To begin with, I normally set English texts—this is the first time I’ve sent French to music. This creates particular demands in that the emphases, colours and cadences of the language are quite different to those of English; therefore, the musical setting has to be sympathetic to those elements.

Furthermore, the piece is through-composed and of a length which is beyond a text which takes perhaps two to three minutes to perform in a musical setting. Given this, structural elements on the macro level have to be carefully organised. In terms of the musical language itself, I make clear reference to composers of Rimbaud’s time such as Fauré, Debussy and Massenet. This seems, to me, a natural thing to do. In the final analysis, of course, the music is my own take on the sentiments contained in Rimbaud’s text.