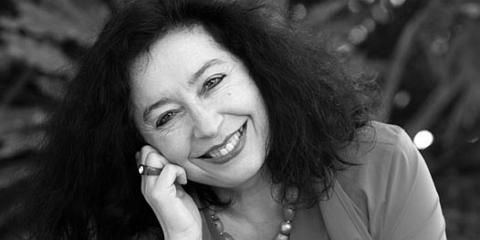 Throughout his career, Michael Haydn worked as a court musician and was a prolific composer. He held the post of Kapellmeister to the Bishop of Grosswardein in Hungary, where Carl Ditters von Dittersdorf succeeded him, and later was Konzertmeister in Salzburg. Although overshadowed by his brother Franz Joseph, Michael Haydn was a successful composer in his own right, leaving behind a significant body of sacred music, as well as symphonies, concertos and chamber music. Divertimento in C major is one of his many small-scale chamber works that feature the double bass and is comprised of six short movements overflowing with Classical charm.

Currently the Specialist Double Bass Tutor at Wells Cathedral School, David Heyes is an experienced soloist, educator, composer, and passionate advocate of all things double bass! In his own words:

October Morn was inspired by the beautifully atmospheric Dorset countryside as I was driving towards the village of Milborne Port in early October 2015. The mist was still hovering over the fields, as the cows were slowly waking and beginning to eat, and as the sun was gently starting to break through the clouds. The opening oboe notes ‘appeared’ as I drove and the piece slowly emerged as my journey continued with its modal and slow-moving music gradually taking shape. Although originally for oboe and double bass, it can also be played with flute, recorder or violin, and the long and expansive melodies evoke the beauty of the early morning scene.

A French contemporary of Mozart, François Devienne was active in Paris as a flautist, bassoonist and composer, playing bassoon at the Paris Opera. His extensive compositional output is dominated by works for woodwind instruments, especially flute. He also wrote a respected flute method, Méthode de Flûte Théorique et Pratique (1793), and was one of the first flute professors at the Paris Conservatory. His Opus 5 consists of six duets for flute and viola, each made up of two contrasting movements.

One of Australia’s leading composers, Elena Kats-Chernin has a diverse output that ranges from instrumental solos to large-scale symphonic works and operas. The Adrift variation for viola and bass was adapted from a work for solo piano. Kats-Chernin writes:

“Adrift” is a response to water. I reflected on how one can be free and lost at the same time, and how water amplifies this. The material is minimal, and C and A are the dominant notes as the music swells and ebbs towards a real or imagined horizon.

The music of Czech composer Erwin Schulhoff blends the late Romanticism of his formative years with new musical developments of the early 20th century – in particular, expressionism and jazz. It is also heavily infused with folk music, giving his music great character and expression. All of these influences can be heard in his Concertino for Flute, Viola and Double Bass, which he composed in just four days in 1925. The first movement reveals the influences of Romanticism and Eastern music, and is reminiscent of Debussy. In the second movement, Schulhoff draws inspiration from the Czech folk dance, the furiant. In both this movement and the final movement, Schulhoff alters the sound world by swapping the flute for the piccolo. The final two movements are also derived from folk music – the third movement is based on a folk song from the Carpathian Mountains and the final movement is a lively folk dance.