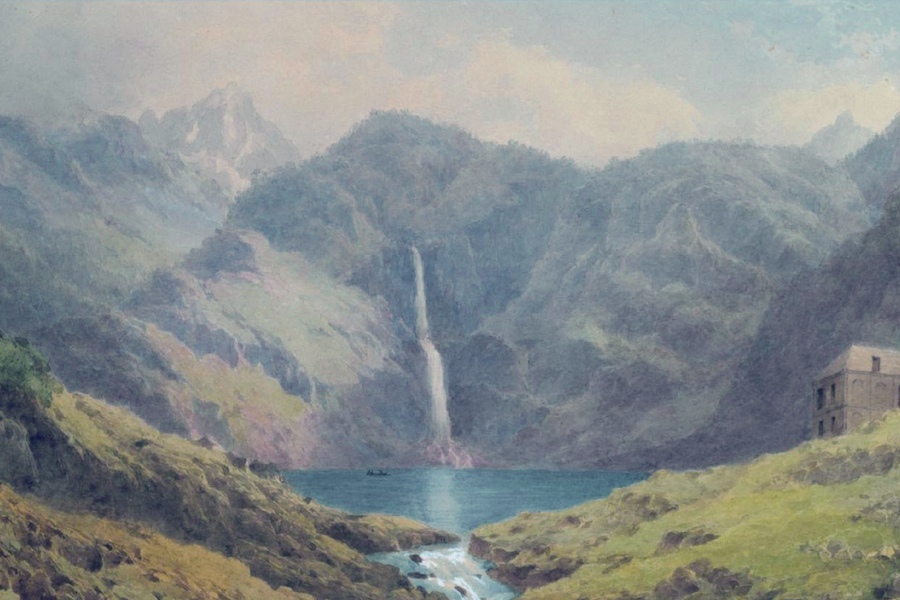 MCO’s Appalachian Spring can be heard on Friday 7 November at The Deakin Edge, Federation Square and Sunday 9 November at Melbourne Recital Centre.

Franz Schubert wrote a vast amount of music comprising more than 500 songs, music for theatre, orchestra, choir and piano music in addition to a range of chamber music including the 15 string quartets. In 1813 he composed the Wind Octet and five string quartets – the last of which was the Quartet No. 10 in E flat. It was at this time that he commenced his training as a school teacher.

Unusually, the four movements of the quartet are all in the same key. The uncomplicated and relatively tranquil first movement is followed by a contrastingly vigorous Scherzo, a serene Adagio movement, and a comic final Allegro. The String Quartet was not published until 1840 as Op. 125 No. 1.

Dmitri Shostakovich is one of the towering figures of twentieth century composition. While his 15 symphonies are landmarks in the symphonic literature his chamber music provides a comparable evolution through a range of genres, particularly the string quartet. He wrote two concertos each for cello, violin and piano. The concerto in this program was written around the time of the opera Lady Macbeth of Mtsensk and the incidental music to Hamlet. It was completed in 1933 and premiered that year with the Leningrad Philharmonic Orchestra.

For Shostakovich, this is an experimental neo-classical score. The first movement is in sonata-allegro form. The second movement is a nostalgic waltz. The short third movement with its reference to Bach transitions into the galloping and tumbling finale.

The work is filled with contrasts and extremes. Throughout the concerto Shostakovich incorporates references to, and parodies of, other composers including Beethoven, Haydn, Bach, Hindemith and Mahler. Robert Matthew-Walker,writing on this work states, “With such a polyglot collection of quotations and influences, only a composer of genius could have moulded this variety into a cohesive whole. The miracle is that Shostakovich succeeded, and constructed a distinctive and indestructible work.”

Sándor Veress spent the first half of his life in Hungary and the second from 1949 in Switzerland. He studied piano with Emánuel Hegyi and Bela Bartók, and composition with Zoltán Kodály. Under László Lajtha he undertook field research on Hungarian, Transylvanian, and Moldovan folk music, and later worked with Bartók at the Hungarian Academy of Sciences classifying folksongs.

The Transylvanian Dances were written between 1943 and 1949. The work’s composition coincided with an uncertain period in Transylvanian history, with Northern Transylvania assigned to Hungary in 1940 and not fully reincorporated into Romania until 1947. The work was completed after Veress decided not to return to Hungary. The dances are not verbatim folk music settings; rather, they provide the composer’s impressions of a variety of contrasting styles of dance music.

Aaron Copland was an American composer, conductor, pianist and writer. He played an important role in the development of American music in the twentieth century. He composed across a range of genres including ballet, opera and film, as well as his orchestral, solo instrumental and chamber works. The ballet Appalachian Spring was written for Martha Graham and was commissioned by Elizabeth Sprague Coolidge. The work was originally entitled Ballet for Martha and it was prior to the first performance that the name Appalachian Spring was applied. The ‘Spring’ in the title refers not to the season, but to a water feature, being a reference to a line from Hart Crane’s poem The Dance. The ballet was premiered in 1944 at the Library of Congress in Washington DC. The work received the New York Music Critics’ Circle Award and the Pulitzer Prize for Music in 1945. The original ballet was scored for a 13-member chamber orchestra. Copland was commissioned to rearrange the ballet as an orchestral suite. In 1972 he published a version of the suite with the scoring of the original ballet: flute, clarinet, bassoon, piano, double string quartet, and bass.

The second last movement is a set of five variations on a Shaker theme. The theme was taken from a collection of Shaker melodies and is called “Simple Gifts” (1848).