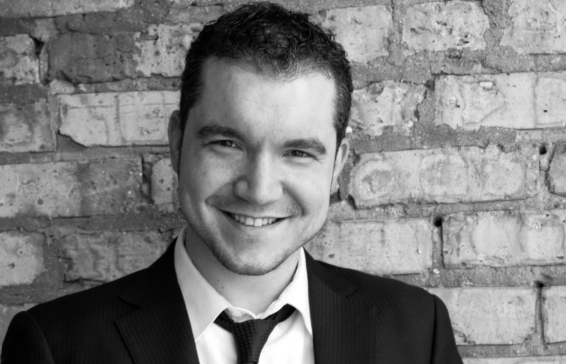 MCO audiences may recognise Paul from a number of performances with the orchestra in 2014, including the Elegies & Dances and Viva Vivaldi! tours. Paul is also the cellist of the Patronus Quartet which is the only Australian quartet chosen for this year’s Melbourne International Chamber Music Competition.

MCO: Today’s musicians seem to have quite global careers. You’re originally from Romania and you moved to Melbourne from Chicago. Tell us about your career in Chicago and how you came to be in Melbourne!

PG: Chicago probably defined me more as a musician than any other place. It has an eclectic music scene, and I came to value jam sessions as much as time spent with the Civic Orchestra of Chicago. I found that focusing on one aspect would have an impact on the other: Improv helped with spontaneous phrasing in classical music, and building classical chops helped fingers keep up with increasingly crazy improv ideas. I was ultimately sad to leave Chicago, but my relationship with Katherine Lukey (an MCO core violinist), combined with Melbourne’s welcoming nature, made it an easy decision to move.

MCO: You have a really varied career; tell us what you get up to in between MCO programs.

PG: Between MCO programs, I try to keep things as varied as I did in Chicago. I’m honored to be able to play with major symphony and opera orchestras in both Melbourne and Sydney, but I’ll mix it up with session work for TV shows as well. Far be it from me to be a purist. In my down time, I’m in the process of writing a novel about my father’s escape from former Communist Romania across the Danube. It’s thrilling stuff, and we’re lucky to have his surprisingly detailed memoirs that he wrote down, while still fresh in his mind, in a Yugoslavian refugee camp.

MCO: What do you enjoy most about performing as part of MCO?

PG: Playing with chamber orchestras is a unique experience. Chamber music (quartets, trios, etc.) allows individual playing styles and ideas to be heard; symphony orchestras, on the other hand, have a vast color palette, and unrivaled lushness and power. Good chamber orchestras, in my view, achieve “Goldilocks” conditions, where musicians can experiment with a broader range of textures while still allowing plenty of individuality to come through. And MCO has that in spades.

PG: Who knows! That’s the exciting part of being a musician. Though I can say at this point: heads up for the Melbourne International Chamber Music Competition in July. Expect the Patronus. That is all.