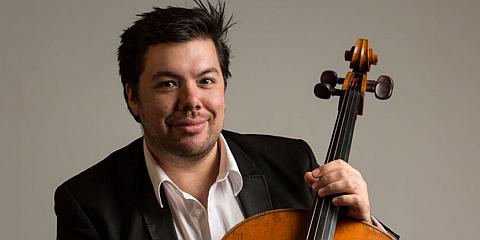 MCO’s Vivaldi’s Violins can be heard in Melbourne on Sunday 12 August at Melbourne Recital Centre and Thursday 18 August at The Deakin Edge, Federation Square

MCO: Lots of composers wrote concerti in the Baroque era but Vivaldi’s are among the best remembered and best recognised. What is so special about Vivaldi’s contribution to concerto writing?

Michael: What a cast of characters the Baroque period had: Corelli, the well-to-do, educated, refined composer, renowned for his tasteful yet virtuosic compositions. Handel, the explosive personality, a vast juxtaposing style that suited his unstable temperament. But arguably the most intriguing of all the crew, Vivaldi. Oh, Vivaldi. By the numbers one could argue that his sprawling 500 concerti (give or take a gut string or two) is effort enough worthy of legend, but there is something much more instinctual, almost dangerously tantalising about them that draws you in.

Capitalising on the musical forms of his contemporaries, Vivaldi took the established trio sonata form, (two violins and solo cello, accompanied by harpsichord and seasoned with a pinch of gut strings and wind), mashed it together with his brazen and fiery temperament and the new concerto form was born. Vivaldi’s preference for three movements opened a host of possibilities that soon became standard practice. He grounded the ritornello back and forth style with orchestra firmly in home tonality, but then swinging for the fences with the solo passages anything but tonal, creating an incredible sense of tension and release when we finally get back to home. The Baroque era obsession with all things Trumpet was too good an avenue for Vivaldi to miss, with arpeggios aplenty (natural trumpets love a good arpeggio and repeated note) and rapid fire semi-quavers embellished with quick virtuosic violin fingers, (sometimes it was a cellist!) meant that this style was an immediate crowd pleaser. Squished in the middle is always a slow movement of agonising beauty, to test the limits of the player and the timbre of the instrument. The whole thing rounded out with a movement full of exuberance, a flurry of dangerous passage work and nail biting drama. Yes please, I’ll take 500!

MCO: You’re playing the “continuo” cello part in these performances. What does this mean and what is your particular role that is different from a conventional cello part?

Michael: Continuo playing is cello playing, contentious statement but hear me out. The continuo section (cello, sometimes bass, harpsichord, a strummed instrument or even a windy bassoon) leads the harmony, shades the harmony, builds texture or thins it out, coaxing lightness of touch, or a dramatic unison of powerful tutti character. The bass line is written out with a ‘figured bass’ which is numbers that are vital to the chord playing instruments so we know which notes of a chord are to be played and in what order.

At the end of the day, we have to do our best to colourise the music, and the tutti orchestra responds to bring the harmony to life. For me, this is playing cello. How you arrange the notes of a chord can impact the power of the chord, the colour of the chord.

MCO: Which work are you most looking forward to in this project? Why?

Michael: The Geminiani is bags of fun, remember those Baroque trumpets I mentioned that so influenced the composers of the day? Good example: natural trumpets love a quick repeated note and arpeggiated passage, and this is just full to the brim of string imitation of it all, add to that virtuosic scale passages inserted all over the place, it demands a brilliance and mastery from the strings that makes it levitate on a wave of unbridled energy. Exciting, I know! The entire program glows with this same energy, especially in the Respighi, but perhaps my favourite is the Andantissimo from Verdi’s string quartet. I do love quiet emotional centres of works, and programs, for me this is the deep beating heart full of tenderness, but with an intense passion underneath a serene veneer that Maestro Hennessy so assuredly guides us through.