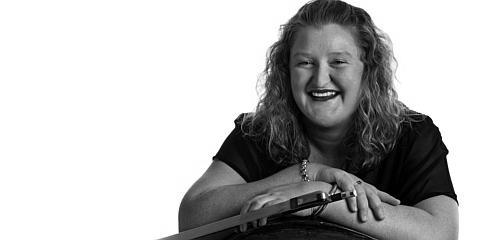 MCO: OK, let’s get historical for a second. Or maybe for this whole interview! In the interests of disclosure, this concert contains zero music by arguably the most famous Bach, Johann Sebastian – only music by his children. Who are these people known by their initials, JC, WF and CPE?

Emma: Wilhelm Friedemann (1710–1784) was J. S. Bach’s eldest son. He studied keyboard with his father and some scholars believe the first book of the Well-Tempered Clavier was written for him. He was a brilliant organist and composer but had a difficult temperament and struggled to maintain regular employment throughout his life. This volatility in his personal life is reflected in his music, which is dramatic and unpredictable. His Sinfonia in F Major F67 was designated the German nickname, “Die Dissonanzen” (The Dissonances) due to its frequent harmonic surprises.

J. S. Bach’s second son, Carl Philipp Emanuel Bach (1714–1788), was an important figure in the transition from the Baroque to Classical musical periods. A highly regarded composer, performer, and teacher, his Essay on the True Art of Playing Keyboard Instruments established him as the leading keyboard authority of his time. Piano Concerto in C minor Wq43/4 showcases his elegant and expressive keyboard writing.

J. S. Bach’s youngest son Johann Christian (1735–1782) was a student of both his father and his brother C. P. E. Bach. He worked in Italy in the early years of his career and this significantly impacted his compositional style. He spent much of his career in England, earning him the nickname, “London Bach”.

MCO: Musicians talk a lot about musical periods, particularly the Baroque, Classical and Romantic periods. Bach’s death is often given as the end of the Baroque, so should we think of these composers as Classical composers?

Emma: What I find fascinating is that each of these composers represents a different stage in the transition from the Baroque period to the Classical. W. F. Bach’s music is still predominantly in a Baroque aesthetic, with contrapuntal textures and an abundance of dissonance and ornamentation. At times, though, his music embodies the elegance and clarity of Classical style – an example of this is the final movement of the Sinfonia in this program. And then there are some aspects of W. F. Bach’s writing that are strikingly modern. His unpredictable and unconventional approach to rhythm and harmony isn’t that far removed from Stravinsky’s work at the turn of the 20th century.

C. P. E. Bach was the leading proponent of Empfindsamer Stil (sensitive style). Central to this aesthetic was the communication of different emotions throughout the same work or movement. This was a direct contrast to the Baroque concept of affect, where composers would maintain the same emotion or mood for entire movements or works. This approach to expression was significant in establishing Classical style.

J. C. Bach was the leading composer of the Galant style. This style built on the sensitivity and expression of Empfindsamer Stil and emphasised clarity, elegance and symmetry. The complex polyphony of Baroque music was rejected in favour of a single melodic line that was distinct from its accompaniment. The outer movements of J. C. Bach’s Piano Concerto in E flat major Op 7 No 5 are clear examples of this aesthetic.

MCO: How does this music compare to their (nowadays) more-famous contemporaries, Haydn & Mozart?

Emma: C. P. E. and J. C. Bach were highly regarded during their lifetimes and both played a role in informing and inspiring the compositional approaches of Haydn and Mozart. J. C. Bach’s Symphony in G minor Opus 6 No. 6 is a clear example of the Sturm und Drang (storm and stress) style that nowadays is synonymous with Haydn. It is full of energy and drama and is a real celebration of string sound. His Piano Concerto in E flat Major is very similar to those of Mozart, with expressive, singing melodies and a stunning clarity of texture allowing the solo piano to shine. This clarity of texture is also seen throughout C. P. E. Bach’s Piano Concerto in C minor. It is particularly striking in the slow movement, which has no lower string parts. This more transparent texture creates a different soundscape and emphasises the simple beauty of the ornamented solo piano line.

Emma: Definitely! The three featured composers all pay homage to their father’s legacy in different ways. Audiences will hear music very similar in style to J. S. Bach and they will also have the opportunity to explore the way music evolved beyond the Baroque period.