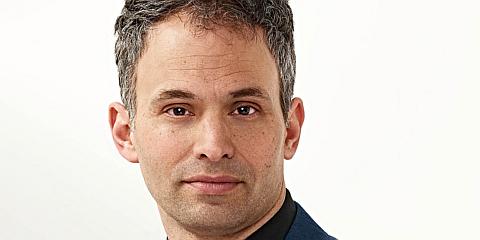 We asked pianist Benjamin Martin about Beethoven’s Archduke Trio, which he performs with Li-Wei Qin and William Hennessy AM in MCO’s second Salon Session for 2019 on Tuesday 18 September.

The “Archduke” Trio is known by the title of its dedicatee, Archduke Rudolf, although there are fourteen compositions that Beethoven dedicated to the Archduke in total. (The Archduke dedicated a work to Beethoven in return; it is not as well remembered by audiences.) Rudolf was an enthusiastic amateur pianist and a friend, patron and composition student of Beethoven.

The trio, completed in 1811, is one of Beethoven’s most lyrical and beloved works. The first movement opens with a heartfelt melody over a gently rocking bass played by the piano, which in turn is handed over to the violin. The beauty and rhapsodic nature of the theme itself, not to mention the nature inspired feel of the movement, belies the complexity of the work’s underlying structure – which evolves almost purely out of the theme’s material – a point so intrinsic to Beethoven in general.

The second movement (Scherzo), also in B flat, is a charming, lilting dance, toying somewhat with one’s sense of where the downbeat lies. This quirky feature is developed further in the searching, occasionally volcanic middle section, whereby the piano introduces a new, Polonaise-like theme that uses a hemiola.

Although continuing in a tonic key—this time in D major—the opening bars of the slow movement possess an emotionally-charged quality that is quite indescribable. The movement itself is comprised of five variations, which, if anything, explore the opening mood in increasing depth: the penultimate and final variation have an ecstatic quality. In the most whimsical of ways, the finale returns to life’s simpler things—its pleasantries, customs and graces—with a mood that touches on nostalgia. There are moments of drama and insistence, however (for Beethoven was not one to drift for an inordinate length of time), as well as grief. The work ends with a tarantella based upon the finale’s theme, a whirlwind of distant echoes and playfulness.