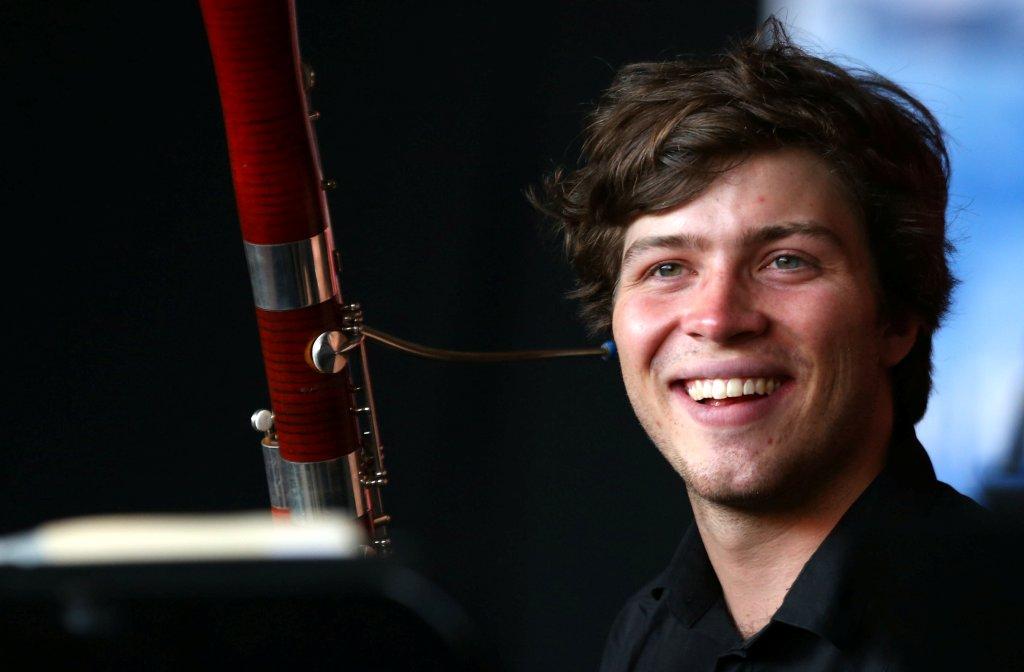 Jack Schiller has held the position of Principal Bassoon with the Melbourne Symphony Orchestra since 2013. Born in Adelaide, Jack began playing the bassoon at the age of 12. From 2008 Jack spent four years under the tutelage of Mark Gaydon (Adelaide Symphony Orchestra), including two years of study at the Elder Conservatorium of Music. In 2012 he took up a scholarship at the Australian National Academy of Music, studying under the guidance of Elise Millman (Melbourne Symphony Orchestra). During Jack’s time at the academy he won the ANAM Concerto and Chamber music competitions, and was awarded the Director’s Prize for outstanding achievement by an outgoing student.

Jack is performing the solo in Mozart’s Bassoon Concerto in Never Say Farewell on Sunday 27 July and Friday 1 August in Melbourne and Saturday 2 August in Bendigo.