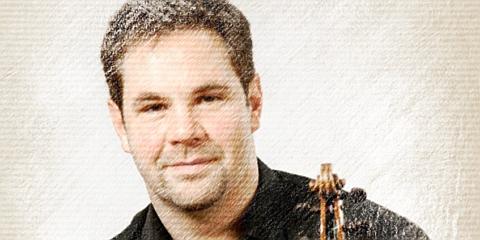 Andrew Haveron is the violin soloist for the Tchaikovsky Violin Concerto in MCO’s Jovian Worlds concerts. The concerts can be heard in Melbourne on Thursday 28 February and Sunday 3 March at Melbourne Recital Centre.

Andrew Haveron has established himself as one of the most sought after violinists of his generation. With unrivalled versatility Andrew is a highly respected soloist, chamber musician and concertmaster. In 1999 Andrew was appointed first violinist of the Brodsky Quartet. A busy schedule saw the quartet perform and broadcast in their unique style all over the world. He has also appeared with numerous other groups such as the Nash and Hebrides ensembles, Kathy Selby and the Omega Ensemble.

Andrew is also in great demand as a concertmaster and director and has worked with all the major symphony orchestras in the UK and further afield, holding the post of Concertmaster with the BBC Symphony Orchestra and then the Philharmonia. As a guest Andrew worked extensively with the London Symphony and the Academy of St.Martin in the Fields. In 2014 Andrew took up the role of concertmaster of the Sydney Symphony Orchestra.

In 2004 Andrew received an honorary Doctorate from the University of Kent for his services to music. He plays on a G B Guadagnini violin from 1757; a generous loan to the Sydney Symphony orchestra.