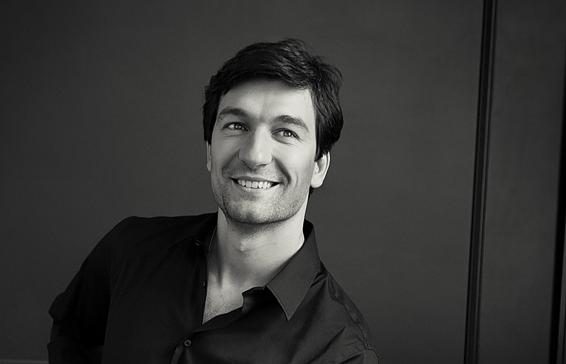 The young Russian pianist Konstantin Shamray established his international career by winning the Sydney International Piano Competition a decade ago. He celebrates the anniversary with a performance of a classic Romantic concerto with the Melbourne Chamber Orchestra.

‘’Winning in Sydney changed my life in many ways,’’ he says. ‘’Suddenly I felt the world had opened and I was free to follow my own chosen path meeting new people around the world.’’

But he adds the win was just a beginning because he feels he still has much work to do. Shamray, 32, is speaking from Adelaide where he is completing a PhD in performance at the Elder Conservatorium.

‘’I would like to have the opportunity to teach at some point in my life and all the good institutions require a doctorate,’’ he says. ‘’Adelaide is great because unlike many other institutions it does not demand I undertake so much writing that I don’t have enough time to practice.’’

He also maintains connections in Moscow where he moved to study from Siberia when he was 11. It provides the base for his booming performance career in Europe, although he concedes he spends a lot of time flying between the two continents.

‘’It was really crazy at times last year,’’ he says. ‘’I enjoy performing in both Europe and Australia but I don’t know where everything will end up.’’

Shamray considered completing his doctorate in the German city of Freiburg where he had studied after Moscow before deciding to study in Adelaide because of its emphasis on performance.

His Sydney win caught international attention because he was first in the competition’s history to take out both the first prize and the people’s choice prize, as well as six other awards.

‘’I only understood afterwards what was happening,’’ he says. ‘’I was just so happy and my English was not very good at that stage so I was in a daze.’’

The next stage of his career began with a 27-concert tour of Australian states followed in 2009 with another national tour with the Australian String Quartet. In 2011 he won more competitions in Germany, leading to performances in many European concert halls, as well as the St Petersburg White Nights Festival.

Shamray welcomes his forthcoming performance of Schumann’s only piano concerto with the Melbourne Chamber Orchestra as an opportunity to demonstrate why it should be programmed more often.

‘’It is played a lot in Europe, unlike Australia,’’ he says. ‘’Schumann is not comfortable to play, but that is what makes him Schumann, unlike Chopin or Mendelssohn. It is hard to explain it but the concerto is very tricky.’’

The concerto is part of a program that includes Dvorak’s Romance for violin and orchestra, featuring Markiyan Melnychenko from the Melbourne Conservatorium, and Mendelssohn’s Italian symphony conducted by Michael Dahlenburg.

Shamray will follow his Melbourne appearances in Europe before returning to Australia to perform Tchaikovsky’s first concerto with the Adelaide Symphony in April. He will then perform at the Coriole Chamber Music in McLaren Vale along side last year’s winner of the Sydney piano competition, Andrey Gugnin.

They will play Stravinsky’s own arrangement for piano four hands of The Rite of Spring. Shamray will then conduct a septet performing Stravinsky’s The Soldier’s Tale. ‘’I am very interested in the conducting opportunity because it opens more career opportunities,’’ he says.

He is the first of several high-profile artists appearing with the Melbourne Chamber Orchestra in 2018, others include Australian soprano Greta Bradman in May, pianist Anna Goldsworthy in June and Swiss-born guitarist Christoph Denoth in September.

With thanks to Robin Usher and 3MBS Fine Music Melbourne.