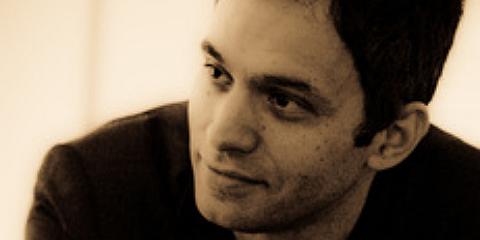 MCO’s Schubert Octet can be heard in Melbourne on Saturday 21 April at Anglican Church Daylesford and Sunday 22 April at Melbourne Recital Centre.

MCO: You’ve had a diverse career as a pianist, composer, and teacher, accomplishing a lot in a short time period! What has been your most rewarding achievement? And why?

BEN: In terms of rewarding achievements I suppose it’s hard to go past the feeling I had when the great (late) American pianist John Browning took a liking to my music and one day decided that he would like to premiere a work of mine – the Three Portrait Etudes – at the Alice Tully Hall, NY. That kind of spontaneous response to something new that you’ve written plus the initiative to just decide to play it based purely on its merit – particularly when you’re by no means yet known as a composer – is just a very wonderful and moving experience.

MCO: Can you tell us a little bit about working with Leonard Bernstein and Leon Fleisher, then later on with John Browning and David Dubal at Juliard?

BEN: I never actually worked with Bernstein, but was introduced to him – and so had an interesting chat (where he said among other things that people “will be dancing on his grave”. He might have laughed that people hardly dance anymore anyhow) – and went to several of his conducting masterclasses at Tanglewood, which were fascinating. His sense of rhythm and insistence upon it as perhaps the most primal and important factor in music made a big impact on me, and he really could lose it when orchestral players were not sufficiently receptive to it.

I played the Liszt B minor Sonata for Leon Fleisher in a masterclass, also at Tanglewood. He possesses a truly Teutonic kind of presence, a supremely intelligent musician in the Germanic tradition with a very powerful left hand, which he used to demonstrate some octave gestures. I was very young then and so I wasn’t particularly receptive to much of what he had to offer, not that I was rude, but in retrospect I have recounted and learnt much from what he had to suggest.

John Browning was always a true gentleman towards me and had a genuinely aristocratic kind of bearing, the kind rarely seen today. He was always obsessed with the various peculiarities discoverable in certain editions of different scores, such as in works by Beethoven and Chopin, and loved to discuss and demonstrate Bach at his double-manual harpsichord (he was no musical puritan by the way, and adored the Gothic dimensions in the playing of Wanda Landowska). He had known Samuel Barber very well, and often played through passages from his operas at lessons, which he did with extraordinary intensity, much more so than he generally revealed onstage. He also had an extraordinary left hand, possessing a legato-leggiero and receptiveness to sound that few virtuosi today could match.

For me it was largely David Dubal who made Juilliard a great place to be. Such a great raconteur, outrageous at times in his remarks (and indeed he offended many, often causing people top walk out), he was and is absolutely receptive to true artistry at all times whether it be on the form of playing or composition, and never makes allowances for anything short of the real thing. I’ve kept in touch with him via hand-written letters ever since graduating from Juilliard, and often chat with him over the phone. But times have changed since I was a student, and generally speaking institutions are far less tolerant of people with as much character and who have as much to say as Dubal. A great loss for aspiring young artists I’d say.

MCO: It’s the world premiere of your Passepied, what do you hope the audience will experience from this piece?

BEN: There’s the story that Samuel Barber came away from a concert of contemporary music and said “don’t mind a tune, you know”. Well, I’m not the slightest bit adverse to a tune, and as Passepied is a lyrical work I hope at very least that audiences might discover some solace in the fact that not everyone writing today is necessarily trying to avoid such things.

MCO: I hear you’ll be attending some rehearsals. When you spend time as a composer with musicians on a first performance, what do you aim to contribute?

BEN: Mainly to try and lend shape to the piece, and if the musicians are of the calibre of the Melbourne Chamber Orchestra then that should hardly prove a difficult prospect.