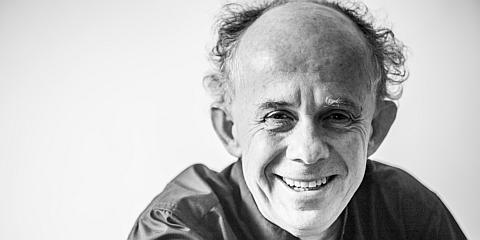 One of that century’s most beautiful and rapturous creations.

Inevitably this is a serious piece, but it is music of eloquent directness and beautiful economy. Like Beethoven and Verdi, Lutoslawski delighted in creating much from little. Also like Beethoven and Verdi music for Lutoslawski served a far deeper purpose than mere entertainment and diversion. Music and life for such as these are inseparable, and music itself a necessity for one’s ongoing existence.

As with so much great music, the title could be quite otherwise. “Essay for Strings” would have served equally well, but the romantic, shall we say, in Lutoslawski has here decided to be very specific. Certainly there is darkness in this music, and it is music of great intensity. But if we dig a little into it, I think we find ourselves in it well enough. One would say similarly of Shakespeare and Dickens.

Not all music lovers are yet to be won over by Bartok, but Bartok remains the last truly unifying figure amongst musicians. After Bartok (died 1945) the aesthetics wars have mostly divided us (musicians) but in his musical company we feel safe, cared for and utterly engaged.

In this particular movement which is played “pizzicato” throughout (plucking – rather than bowed), we have one of Bartok’s most playful inventions. On the surface it is perhaps a Bulgarian folk song/dance, but Bartok’s gradual development of the material (which includes the famous technique now know as “Bartok Pizzicato” where the string is pulled in such a way that it slaps onto the finger board making a quite ferocious, but very colourful twanging sound) and the sheer variety of sounds make this a movement of immense appeal.

I remember in my Australian String Quartet days that we often played this movement for school children, with unfailing delight from them. It helped of course that our violist Keith Crellin always introduced it as Santa’s toy shop, with lots of busy elves tapping and sawing away and Christmas around the corner. For me, it remains Santa’s workshop to this day. And for you….. ??

By 1917 Bartok’s voice was uniquely established. At the same time one is still reminded at times in this work of his love and admiration for the music of Debussy.

Bartok himself cites the tonal palette of Debussy, as well as the structures of Beethoven and the polyphony of Bach as three of his chief influences. Certainly all these are is in ample evidence in this work.

Beginning with a wistful rocking figure, the music passes through moments of great longing and others of great mystery.

I have always noticed that once his music is in the soul, it can never leave it – a friend for life ! Most listeners will need to hear this at least a couple of times.

Nielsen is a mighty symphonist with something of the steel of Bartok and the grandeur of Brahms.

This Nielsen essay is striking for the ease in which he takes unsophisticated, folky street sounds (so to speak) and manipulates them into a high art whilst never fundamentally losing contact with the earthy roots of the basic material. Exactly the sort of thing that great composers do!

If it wasn’t for Covid 19 you would have been able to hear this romantic music played by all the strings of the MCO in the program in which we were also presenting the Four Season of Vivaldi – another Italian work for strings!
So now the plan is to present that program in 2021.

In the meantime, I recommend that you familiarize yourself with this, the original (quartet) version.

This is perhaps the centerpiece of North American classical music. Indeed it could be the musical equivalent of Mark Twain’s Huckleberry Finn.

It is achingly beautiful music and utterly inspired. And though being specifically tied to place, as it is, could, as I have suggested with the Funeral Music of Lutoslawski (above) equally go by another name. Ultimately it is not its “Americaness” which wins us over, but rather its sheer humanity where any person with a heart can feel included.