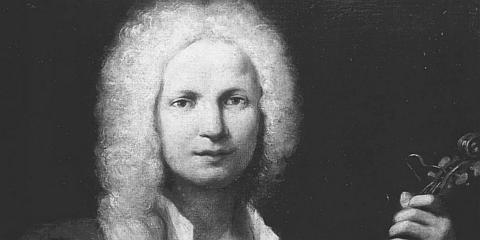 MCO’s Vivaldi’s Violins can be heard in Melbourne on Sunday 12 August at Melbourne Recital Centre and Thursday 18 August at The Deakin Edge, Federation Square

The Italian composer Francesco Geminiani (1687–1762) lived most of his life in London and later Dublin. He was an influential writer and teacher whose writings include Rules for Playing in a True Taste (1748), A Treatise of Good Taste in the Art of Musick (1749) and the influential treatise on contemporary practice The Art of Playing on the Violin (1751).

A contemporary of Handel, he was a student of Arcangelo Corelli and Alessandro Scarlatti. Developing the earlier work of Corelli, Geminiani contributed to the form of the concerto grosso publishing two sets (Op 2 and Op 3) in 1732. The concerto grosso was a popular form at the time and contrasts a small group of instruments (concertino) against a larger group (ripieno).

The Concerto Grosso Op 3 No 3 is one of his most popular works, consisting of four movements. The final Allegro opens with a series of contrapuntal entries with the repeated notes of the opening subject provide drive and impetus throughout the movement.

Ottorino Respighi (1879–1936) was an Italian composer and musicologist and is most remembered for his symphonic poems and orchestral suites. The three colourful and evocative symphonic poems, Fontane di Roma (Fountains of Rome) 1916, Pini di Roma (Pines of Rome) 1924, and Feste romane (Roman Festivals) 1928 are constantly in the concert repertoire.

The three suites Antiche danze ed arie per liuto (Ancient Dances and Airs for Lute) are arrangements of lute pieces from the 16th and 17th centuries. The first two suites are for full orchestra while the third suite is for strings alone. Respighi also produced a version of this work for string quartet.

Giuseppe Verdi (1813–1901) is one of the great composers of opera and composed more than 25. While his output includes a good number of non-operatic choral and vocal works his instrumental music is not often performed and consequently less known.

The String Quartet in E minor was composed in 1873 while Verdi was in Naples for a production of Aida. At this time he had started work on his Requiem that was completed in the following year. The String Quartet is his only chamber work and is an expansive composition in four movements: Allegro, Andantissimo, Prestissimo, and Scherzo fuga. The slow movement is a lyrical and melodic repose from the surrounding movements.

The four concertos by Antonio Vivaldi (1678–1741) in the program provide us with a sweep of colour, style and virtuosity. Vivaldi is regarded as one of the most original and influential Italian composers of his generation. His contributions to musical style, violin technique and the art of orchestration were substantial. Although not an inventor of musical forms, he creatively adapted, refined and expanded them. His output was prodigious, and he wrote across a range of genres including masses, vespers, motets, cantatas, oratorios and operas. His instrumental works include solo sonatas, trio sonatas, sinfonia and concerti. He wrote approximately 500 concertos with about 350 for solo instrument and strings, including violin, viola d’amore, cello, oboe, flute, bassoon, mandolin and recorder. The concertos generally follow the three movement plan of fast–slow–fast. It is within this form that we start to see the development of the role of the soloist—particularly in the first movement.

The Concerto for four violins in E minor was first published in 1711 in the collection L’Estro Armonico (Harmonic Inspiration) Op 3 – a collection of twelve concertos for one, two and four violins. The collection is regarded as among the most influential compositions of the time, with some being transcribed J. S. Bach. The E minor concerto is in four movements rather than the three movements of many of his other concertos. The additional movement is the dramatic Andante that opens the work. The concerto is filled with passion and flair. Across the thematic development through the movements we see the colourful interplay of the various combination of the soloists with the orchestra.

The Concerto in B flat RV 368 is in three movements and is technically and breathtakingly demanding of the soloist. The sheer drive of the opening movement is contrasted to the measured Largo, and then to the inventive final Allegro.

The Concerto for two violins in D minor RV 514 commences with a stark opening figure that gradually develops into an exciting and intricate dialogue between the two soloists and the orchestra. The Adagio has a pervasive mysterious quality that eventually gives way to the marked Allegro molto where the soloists gradually build to a graceful and playful conclusion.

The Concerto in D major RV208 composed in 1710 has the title “Grosso mogul”. This is possibly a reference to the Grand Mogul Akbar who ruled India and was the subject of an opera of the time. While not descriptive, the concerto was probably performed during a performance of the opera. The work is demanding on the soloist and commences with a fiery opening Allegro. The Grave – Recitativo is a mysterious yet intricate reflection for the solo violin. The final Allegro is an exhilarating conclusion of the work. Of note in the concerto are the fully-composed cadenzas requiring great technical and musical skill by the soloist. J. S. Bach transcribed many compositions by Vivaldi and this concerto formed the basis of Bach’s Organ Concerto in C major BWV594 in 1713.