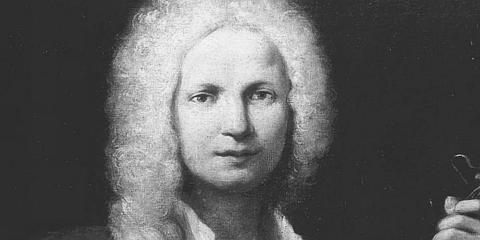 Arcangelo Corelli (1653-1713) was one of the most important composers of his day, and his influence remained long after his death. Corelli has the distinction of being one of the first composers whose reputation was derived from instrumental compositions. He affected style and instrumental technique, often being credited as the founder of modern violin technique. His students include Francois Couperin, Handel, Muffat, and Geminiani.

Although his output was modest in contrast to many of his contemporaries he made a great contribution to the development of the form of the concerto grosso of the later seventeenth century. His works became a model for many composers.

Corelli spent a number of years working on the 12 Concerti grossi Op 6 and they were published shortly after his death. With the Op 6 collection we see the development from the concerti da chiesa (church concerti), with fast movements generally in fugal form, to the concerti da camera (chamber concerti) incorporating dance movements. The crafted short movements of the concerti demonstrate Corelli’s mastery of form and style. He encapsulates clarity of thought within these well-honed miniatures.

The Concerto in D major is in four movements. The first movement commences with a stately Adagio that leads to an exciting Allegro with its interplay between the instruments providing a rich contrapuntal texture. The slow movement Adagio is a lyrical respite to the opening movement. The next two movements are both fast – the Vivace is followed by the final Allegro. Both are spirited and dancelike.

The composer writes: Daylesford Music is the latest in a series of commissions for the Melbourne Chamber Orchestra, and its predecessor Australia Pro Arte, which now span a period of some two decades.

Recently, I’ve been immersed in the music of Stravinsky. Simultaneously, I’ve been wrestling with his infamous quote that ‘Music is, by its very nature, essentially powerless to express anything at all’.

If I’m to agree with this proposition, perhaps the following notes won’t be considered to be quite as cowardly as they otherwise might be.

The first movement, ‘Lament’, is something of a mystery. What am I lamenting? I took a long walk with Bill Hennessy around Lake Daylesford whilst conceiving ideas for this work. Our engaging conversation on that occasion touched on themes of memory, loss, and beauty, amongst other things. I can’t be more specific than that – suffice to say that I invite the listener to engage in a work which has been inspired by Daylesford on numerous levels, both subtle and more obvious.

The second movement, ‘Pastorale and Fugue’, is a bucolic take on the geographical aspects of Daylesford and its surrounds, and is more abstract in nature. This abstractness is cast, quite deliberately, in the sound world of Hindemith, another composer with whom I’ve been spending much time.

The third movement, ‘Chorale’, takes as its basis the melody from Arcadelt’s ‘Ave Maria’, and is therefore directly connected to the former Holy Cross Convent.

Antonio Vivaldi (1678–1741) is regarded as one of the most original and influential Italian composers of his generation. His contributions to musical style, violin technique and the art of orchestration were substantial. Although not an inventor of musical forms, he creatively adapted, refined and expanded them. His output was prodigious, and he wrote across a range of genres including masses, vespers, motets,
cantatas, oratorios and operas. His instrumental works include solo sonatas, trio sonatas, sinfonia and concerti. He wrote approximately 500 concerti with about 350 for solo instrument and strings, including violin, viola d’amore, cello, oboe, flute, bassoon, mandolin and recorder. The concerti generally follow the three movement plan of fast-slow-fast. It is within this form that we start to see the development of the role of the soloist – particularly in the first movement.

Vivaldi’s most popular Four Seasons (Le quattro Stagioni) is the first four of twelve concerti for solo violin, strings and continuo composed in 1723 and published in 1725 as Il cimento dell’armonia e dell’inventione (The Contest between Harmony and Invention) Op. 8. Each concerto includes evocative characteristics of the particular season it represents. All four are in three movements (fast, slow, fast).