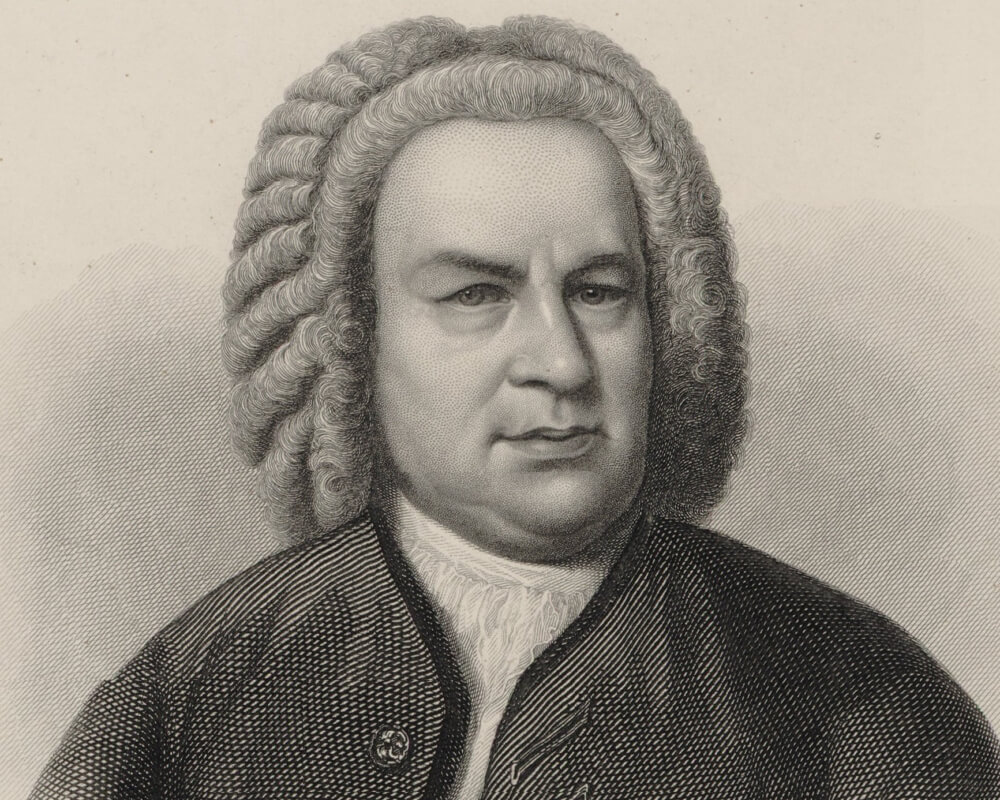 MCO’s The Virtuoso Recorder can be heard on Friday 17 April at The Deakin Edge, Federation Square and Sunday 19 April at Melbourne Recital Centre.

George Frideric Handel (1685-1759) was born in Halle, Germany and after time in Italy settled in London in 1712 where he remained until his death. While he is famous for his operas, oratorios, anthems and concertos, he was a great music entrepreneur who tested, tantalised and educated his audiences.

Arrival of the Queen of Sheba
The sinfonia for two oboes and strings known as “The Arrival of the Queen of Sheba” is one of Handel’s most performed works. It opens the third act of the oratorio Solomon HWV 67. The oratorio was composed over a few weeks in May and June 1748 and first performed in March 1749 at the Covent Garden Theatre. This is an exuberant celebration of the arrival of a great lady.

Concerto Grosso in D Op. 6 No. 5 HWV 323
The 12 concerti grossi were written in the short period of September and October 1739 and published as Op. 6 in 1740. With the intensity of the compositional period (and the volume of output) they were presumably composed as an integral set. In many ways, Handel followed the model of Arcangelo Corelli’s set (of 1714) with the same opus number, number of concertos and scoring.

The concertos range from four to six movements covering a diverse range of titled movements and dances. Throughout each concerto, there is a wonderful sense of invention and character. Within the movements there is great contrast in tempo, dynamics and intent. The concertos are scored for a concertino of two violins and cello with four-part ripieno strings and continuo. Later, Handel added oboe parts, mostly doubling the ripieno violins in concertos nos. 1, 2, 5 and 6. Like Bach, Handel was a great borrower of his and other composer’s works. Within Op. 6, we see Handel drawing on his Ode for St Cecilia’s Day and the organ concertos and transforming the ideas in the developed structure of the concerto grosso.

Anthony Hicks describes the Op. 6 set as “an apotheosis of the Baroque concerto, to be set alongside the Brandenburg Concertos of Bach, as well as an epitome of Handel’s art, drawing on many sources and influences and uniting them in a style uniquely his own”. These exquisite concertos provide great contrast to the earlier set of concerti grossi Op. 3 (1734), the Water Music (1717) and the later, more expansive, Music for the Royal Fireworks (1748).

The opening movement of the Concerto in D is in the French style with its characteristic stately dotted rhythms. Charles Burney writing in 1785 said “the opening of this piece always impressed me with the idea of its being the most spirited and characteristic of all the music written by Handel, or any other composer… which seems to require a convulsive, deliberate and military craft.” The Allegro provides a vigorous contrast in a contrapuntal style. The Presto in triple time reinforces the contrast with its light-hearted character. The Largo is reminiscent of Corelli. In this movement the counterpoint of the two violins is exquisite. The fifth movement Allegro is written for the full ensemble and is filled with fun and exuberance. It is as if the work could conclude with this movement however it is followed by a restrained and considered Minuet with its interweaving lines.

Maurice Ravel (1975-1931) was a French composer who both looked back with admiration at the great traditions of the past while forging new directions in his music. He lived at a time of great change and transition. His music is testament to the times in which he lived, and as Barbara Kelly writing in Grove Music Online described, “his fascination with the past and with the exotic resulted in music of a distinctively French sensibility and refinement.”

Menuet sur le nom de Haydn
This menuet was composed in 1909 as part of an “Hommage à Joseph Haydn,” commissioned by Jules Écorcheville to mark the centenary of Haydn’s death. Other participants in this tribute were Debussy, Dukas, Hahn, d’Indy, and Widor. The work is 54 bars long. The theme is based on Haydn’s name converted to the theme B-A-D-D-G. The motif appears in several forms including inverted and retrograde versions.

Ma mere l’oye: Le jardin féerique
Ma mere l’Oye (Mother Goose) was composed between 1908 and 1910 for piano four hands and transcribed for orchestra in 1911. The work was entitled “cinq pièces enfantines” (five children’s pieces). Le jardin féerique (The fairy garden) is the final movement of the suite. The work is marked by a slow build towards the refined and radiant climax.

Menuet antique
The menuet was written for solo piano in 1895 as a tribute to Emmanuel Chabrier. The work was orchestrated by the composer in 1929. The menuet form appears throughout Ravel’s compositions as in the Sonatine, Le Tombeau de Couperin and Menuet sur le nom de Haydn.

Georg Philipp Telemann (1681-1767) was one of the most highly revered, distinguished and prolific composers of his day. His music and reputation was of the highest order and he remained at the forefront of musical innovation throughout his lifetime. He made an important contribution to musical life, publishing, music education and music theory. His music provides an important link between the late Baroque and early Classical styles.

In the Recorder Concerto in C TWV51:C1, Telemann provides the listener with a palette of great contrast from the hesitant character of the first movement with the elongated lines of the recorder, the striking ritornello juxtapositions of the second, the arioso quality of the Andante movement, and the measured minuet with the virtuosic interplay between the soloist and the ensemble concluding the work.

William Babell (1690-1723) was an English organist, harpsichordist, violinist, and composer and famed for his virtuoso keyboard arrangements particularly of Handel’s operatic arias.

The Concerto in C is from the collection of 6 Concertos in 7 parts Op. 3. This concerto is “for small flute, violins and basso continuo”. It was first published in 1726 and is imbued with ebullient enthusiasm and momentum.

Nicholas Buc is currently based in New York as a recipient of the Brian May Scholarship for Australian film composers; Nicholas Buc has worked extensively with Australian orchestras, conducting Disney’s Pixar in Concert, Psycho and Star Trek: Live in Concert. He has also worked with Tina Arena and Ben Folds, writing arrangements and conducting on their recent Australian tours. In November 2015 he will conduct Back to the Future: Live in Concert in both Australia and Japan. He has also just finished work on a new folk-ballet, Kazka, which will be performed by Lehenda Ukrainian Dance Company around Australia, Canada and the US from April this year.

St. Mark’s Scherzo takes its name from the bustling East Village area of New York where it was composed. Full of rich characters and a vibrant history, it is an ever changing landscape of cultural diversity, one that still manages to keep its effortless charm and appeal. The piece is musically anchored by a simple theme, yet in a nod to the constant hustle and bustle of activity on St. Mark’s Place, is forever surrounded by movement and eclectic exploration. Baroque devices such as canon and fugue combine with motto perpetuo and more contemporary techniques, culminating in a dramatic coda that draws the piece to its ultimate.

Brandenburg Concerto in G major BWV 1049 is the fourth of six concerti grossi written by Johann Sebastian Bach between 1711 and 1720, and dedicated to Christian Ludwig, Margrave of Brandenburg. Bach described them as “Concerts avec plusieurs instruments” (not as a single work in several parts). The instrumentation of each concerto is different, suggesting that the works were not intended to be performed as a set but individually according to the availability of the required musicians.

Christoff Wolff records: “he took ‘a couple of years’ over this commission, and then submitted six works written to exploit the resources of Cöthen. Such resources do not seem to have been available to the Margrave of Brandenburg, and it is not really surprising that he did not thank Bach, send a fee or use the score”.The concertos are significant for their unusual combinations of instruments and textures, with the third and sixth concertos for strings only.

The fourth concerto was written between 1719 and 1720. The title on autograph score states: “Concerto 4ta à Violino Principale, due Flauti d’Echo, due Violini, una Viola è Violone in Ripieno, Violoncello è Continuo” – Concertino of violin and two recorders and the ripieno of two violins, viola, cello, violone and basso continuo.

The work is a triple concerto for violin and two recorders. In the outer movement the writing for the violin is dazzlingly virtuosic. In the central movement the violin becomes the bass voice against the two recorders. Throughout the work Bach interweaves the soloists with the orchestra. There is often not a clearly defined distinction between the concertino and the larger ensemble.