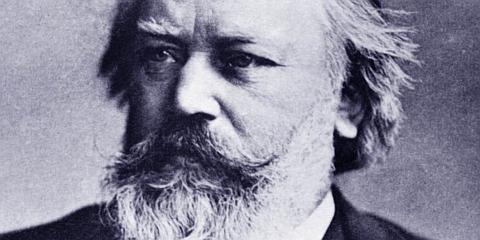 Shostakovich, Raff & Brahms can be heard in Melbourne on Sunday 31 March at Melbourne Recital Centre.

The Russian composer Dmitry Dmitriyevich Shostakovich (1906–1975) was one of the great symphonists of the twentieth century. In addition to his symphonies his compositional output includes operas and ballets, chamber music (particularly the string quartet), concertos, and instrumental and vocal works. His life spanned much of the period of Soviet Russia and he played a major role in the musical life of the former Soviet Union as a composer, performer, teacher and writer.

Shostakovich wrote for strings throughout his life. His 15 string quartets are firmly established in the repertoire as are his concertos for violin and cello, and the solo sonatas for violin, viola and cello.
The Two Pieces were composed in Leningrad between 1924 and 1925 at which time he was completing his Symphony No 1. The slow-moving Prelude is marked by considerable fugal writing with the individual instruments pursuing different musical ideas.

The second piece, Scherzo, along with the Scherzo for Orchestra Op 1 and the Scherzo Op 7, are his first explorations into the genre that was to become such a compositional trait through his life, conveying a sense of fun with an ironic and often satirical twist. The piece is a frenetic contrapuntal display incorporating a range of string techniques.

The composer, critic and teacher Joachim Raff (1822–1882) was born in Switzerland and lived most of his life in Germany. As an emerging composer he sought advice from Felix Mendelssohn and worked for a time as Franz Liszt’s assistant. His output was prolific and he was one of the best-known composers of his day, writing in many forms. These works include 11 symphonies, solo concertos for piano, violin and cello, vocal and piano music as well as considerable chamber music (including 11 string quartets piano trios, and instrumental sonatas). Among his most remembered works are the String Sextet (1872), the Piano Quintet (1862) and this String Octet.

The String Octet in C was composed in 1872 and first performed in the following year in Leipzig. This expansive work in four movements follows the model of Mendelssohn’s Octet and is scored for four violins, two violas and two cellos. The opening Allegro is assertive with a strong sense of pace and thematic invention. The brief Allegro molto consists of two alternating themes. The Andante moderato provides a beautifully wistful and at times pensive contrast to the surrounding movements. The Vivace final movement is a rhythmic whirlwind, filled with contrast and great momentum that drives the work to its conclusion.

The German composer Johannes Brahms (1833–1897) wrote music for piano, voice, chorus, orchestra and chamber ensembles. His 24 chamber works, representing 40 years of his compositional output, span the period from the Piano Trio Op 8 (1854) through to the Clarinet Sonata Op 120 (1894). The works include sonatas, trios, quartets, quintets and sextets and follow the traditions of Haydn, Mozart and Beethoven.

Brahms composed two string sextets for two violins, two violas and two cellos. The first of these was completed in 1860, and the second composed during the period 1864–1865 while visiting Clara Schumann near Baden-Baden. The first performance of the work was in Boston, Massachusetts in a concert of the Mendelssohn Quintet Club in October 1866 with the European premiere the next month in Zurich.

The opening Allegro non troppo is in sonata form and exudes a sense of mystery and tonal ambiguity. The two main themes provide a rich contrast for development and inspiration. The second movement is a scherzo, the main section of which wavers between melancholy and playfulness. This is contrasted to the middle section in the form of a robust Ländler (folk-dance). The Poco Adagio is a set of five variations built on a sad and reflective melody. The final movement returns to the opening mood with the main theme initially marked tranquillo. Throughout there is some exceptional contrapuntal writing.

The English musicologist Sir Donald Tovey in Chamber Music: Essays in Musical Analysis considered this to be “the most ethereal of Brahms’s larger works”. It is also imbued with an exquisite sense of elegance.