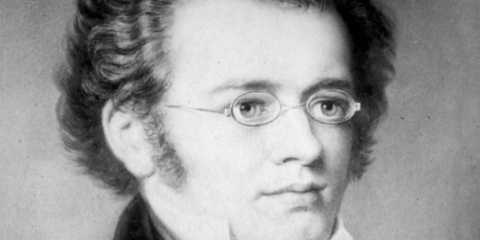 There are times in the history of western music where we mark the parameters of a musical period or style by the death of a composer or the premiere of a landmark composition that marks a shift in thinking. These are often placed against similar trends and developments across the arts, as well as national or international movements or events. In music history, when we consider a composer’s life alongside their outputs some dates come to the fore. With the Viennese composer Franz Schubert (1797–1828) there are two periods in his life when the compositional outputs appear absolutely remarkable—one is associated with the year 1815 and the other includes the final months of his short life. In 1815, while working full-time as a school teacher, the eighteen-year-old composer completed his second and third symphonies, two Masses, a string quartet, two piano sonatas, four Singspiele, and 145 songs (including the Erlkönig), among other works.

Throughout his life, Schubert composed a considerable amount of liturgical music. There are numerous single-movement works as well as settings of prayers and the six masses.

The Mass is the eucharistic liturgical service of many Christian churches. In setting the text of the Mass composers usually set the Ordinary (or recurring sections) comprising Kyrie, Gloria, Credo, Sanctus, Benedictus, and Agnus Dei. These sections are sometimes through-composed – as in a direct setting of the text, or an elaboration and sub-division of the text. Schubert’s six Masses follow the sections of the Ordinary.

The G major Mass D 167 was written in six days in March 1815 but not published until 1846 – eighteen years after his death. He returned to the work later in his life when he made some revisions. Originally scored for soprano, tenor, bass, mixed chorus (soprano, alto, tenor, bass), strings and organ, Schubert later added trumpet and timpani. Harmonically the work is organised by each movement, alternating between G major and D major. The contribution of the vocal solos is modest as the overall character of the work is devotional and contemplative. The work is shaped by the composer’s interpretation of the text. Accordingly, this setting of the Mass is a personal affirmation of the prayers and written to be performed as part of the liturgy.

The German composer Johann Sebastian Bach (1685–1750) wrote across numerous instrumental and choral genres – often determined by his employment at the time. As a composer he adapted, articulated and perfected the forms of the time with his own distinct mark and character. While he was a renowned keyboard virtuoso his first professional appointment was as a violinist in Weimar in 1703.

Among the compositions Bach wrote for the violin are the six works for unaccompanied violin (the sonatas and partitas), the eight sonatas for violin and harpsichord, numerous obligato roles in choral works, and solos in four of the Brandenburg concertos. Of the surviving works there is the double concerto (BWV 1043) and the two concertos for solo violin (A minor BWV 1041 and E major BWV 1042).

Bach was influenced by the works of the Italian composers Vivaldi, Corelli and Torelli, having copied and arranged many of their concertos. This inevitably had an impact on the style of his compositions, particularly his string and wind concertos.

The date of composition of the E major concerto is uncertain although there is speculation the work was written while Bach was in Köthen around 1720 or later in Leipzig around 1730. He transcribed the concerto during the late 1730s as the Harpsichord Concerto in D major BWV 1054.

The E major concerto is scored for solo violin, strings and basso continuo and is in three movements: fast-slow-fast. The opening Allegro is built around a ritornello (with its recurring theme) and the overall movement takes the structure of da capo form (with the opening statements, a contrast and a return to the opening). The music sparkles with life as the soloist and strings work through motivic developments with increasing instrumental virtuosity. The Adagio is a mournful and plaintive aria built over an ostinato (or repeated) bass pattern. The solo violin weaves an intricate rhapsodic line throughout. The final Allegro assai with its dance-like character returns to the exuberance of the opening movement. This is matched by the complementary momentum that is driven by the ever-increasing virtuosity of the solo violin.

Schubert’s Symphony No 3 was written between 24 May and 19 July 1815 and possibly premiered privately. Schubert took the notion of a “few days work” to an extreme, as opening sections of the manuscript are dated in May and it is evident that most of the work on the symphony was undertaken in July. It received its first public performance in 1881 in the London Crystal Palace under the direction of August Friedrich Manns. As with all of the six “early” symphonies it was not published during the composer’s lifetime.

The four movements share a great deal in common with Haydn and Mozart. However as the work progresses their influence is decreasingly evident as Schubert’s inimitable voice emerges. As Schubert’s compositional life was so dominated by song it is unsurprising that the symphonies are imbued with wonderful melodic materials that are masterfully developed.

The stately Adagio maestoso opening moves into the joyful Allegro con brio in sonata form with its working through the balanced themes and their resolution. The contrasting slow movements of Schubert’s predecessors is replaced with a dance-like Allegretto with its complementary melodies. This is then contrasted to the spirited Ländler-like Minuet with a sense its rustic grace. The Presto finale, again in sonata form, is in the style of a tarantella with wild and exciting dynamic contrasts.