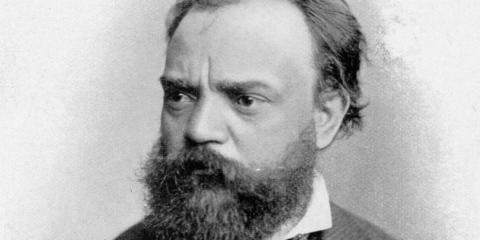 Antonín Dvořák (1841–1904) was a Czech composer who displayed great nationalism in his music across many genres, including symphonies, operas, oratorios, songs and chamber music. Throughout his life, chamber music was integral to his compositional output. There is such richness in his string quartets, quintets, and sextets, the piano trios, and the piano quintet.

Silent Woods (Klid) Op 68 No 5 is from a set of six pieces entitled From the Bohemian Forest (Ze Šumavy) composed as a piano duet in 1883 (but not published until 1894). Dvořák arranged Silent Woods for cello and piano in 1893 and then cello and orchestra in 1894. This lyrical and evocative movement is marked Lento e molto cantabile.

The quintet is scored for two violins, viola, cello and double bass. So much of the work is built around small motifs that develop into some wonderful lyrical melodies.

The opening Allegro con fuoco is in sonata form and is marked by developing melodies and contrasting rhythms with evolving energy and intensity. The heavily articulated Scherzo. Allegro vivace, with its contrasting trio, provides a rustic contrast to the opening movement. The Poco andante is lyrically idyllic and provides a subtle and beautiful reprise. The Dvořák scholar Otto Sourek described this movement as “one of the most entrancing slow movements in the whole of Dvořák’s chamber music … one flowing stream of passionate warmth, depth of feeling and powerfully affecting range of mood.” The Finale. Allegro assai is a rondo and is spirited and full of life bringing together references to themes from the earlier movements.

The life of the other Czech composer in this program, Jindřich Feld (1925–2007), centred around Prague. He initially studied violin and viola and later composition. After studies in musicology, philosophy and aesthetics he completed a PhD at Prague University in 1952. In the early 1980s he was composer-in-residence at The University of Adelaide, and later visiting lecturer at University of Indiana, Bloomington, as well as universities in Europe. He was initially influenced by Martinů, Stravinsky and Bartók and later adopted elements of serialism and aleatorism.

The Concerto for Flute and Orchestra was written for Jean-Pierre Rampal in 1954 who performed and recorded the work. (Rampal also commissioned in 1980 the Fantasy Concertante for flute, string quartet and percussion instruments.)

The three movements of the Concerto for Flute and Orchestra provide great contrast and are at times intense and driving, exploring the technical, musical and virtuosic possibilities of the flute and orchestra. The work is scored for solo flute, strings, piano, harp and percussion.