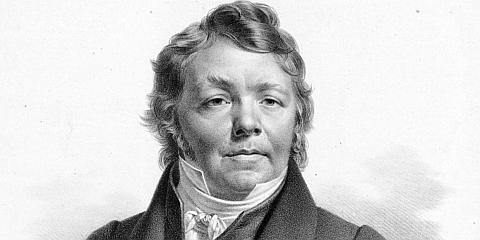 MCO’s “Mozart & Hummel” can be heard on Thursday 25 February 7:00pm AEST on Melbourne Digital Concert Hall via live stream and live in the studio audience at the Athenaeum Theatre, Melbourne.

Johann Nepomuk Hummel
Adagio, Variations and Rondo based on a Russian Theme Op 78

The Austrian composer, teacher and pianist Johann Nepomuk Hummel (1778–1837) composed across a vast array of genres from solo piano, to operas, ballets, choral music and songs, concertos, chamber music, orchestral music (but no symphonies) as well as numerous arrangements. He was considered to be one of the greatest pianists and composers at the time.

Although Hummel wrote for a range of chamber music forms, the majority of his works are for piano trio (of piano, violin/flute and cello). This Adagio, Variations and Rondo based on a Russian Theme Op 78 appears under a number of titles – from the simple designation of Trio in A major through to the Adagio, Variations and Rondo on Schiine Minka. Written for piano, flute and cello, it was published in Vienna in 1818 with a dedication to the Viennese pianist and composer Katharina von Mosel.

The introductory Adagio is marked Cantabile and provides a dramatic statement with flourishes across each of the instruments. The Quasi Allegretto theme Schiine Minka is introduced by the piano before being taken up by the flute and cello. The six variations on it are in two parts and highlight a diversity of moods, dynamics, invention and bravura technical displays. The seventh variation Vivace assai, marked as the finale – and is the rondo of the title – is elegantly spirited and brings the work to a conclusive ending.

The concerto was scored for flute, two oboes, two bassoons, two horns, two trumpets, timpani and strings. These are relatively large forces for the time, befitting one of the composer’s longest concertos. This is the last of the twelve concertos that Mozart wrote in the concentrated period between 1784 and 1786.

The Allegro Maestoso is in sonata form and provides a dramatic opening to the work. The movement is filled with pomp and splendour with contrasting emotional rhythmic and harmonic changes. The Andante, also in sonata form, provides a calm and elegant respite following the drama of the opening movement. The Allegretto, in sonata-rondo form, is a spirited gavotte in character. Like the opening movement this is filled with vast changes of character.

Hummel lived and studied with Mozart for two years from 1786 (age 8) and in March 1789 when he was 11 years old performed Mozart’s original version of the concerto in Dresden.

In the 1830s the publisher Schott commissioned Hummel to make arrangements of a number of Mozart’s orchestral works including symphonies, overtures and concertos for piano, violin, flute and cello with the intention of making the works accessible in domestic settings. From this time, there are some seventy arrangements by Hummel that include also symphonies by Haydn and Beethoven, and overtures by Weber and Rossini.

This arrangement by Hummel of Mozart’s C major concerto was probably completed in 1828 and is scored for flute, violin, cello and piano. The arrangement relies heavily on the piano as both soloist and orchestra.

There is a fascinating 2019 Doctor of Music Arts dissertation by Irene Margarete Setiawan: