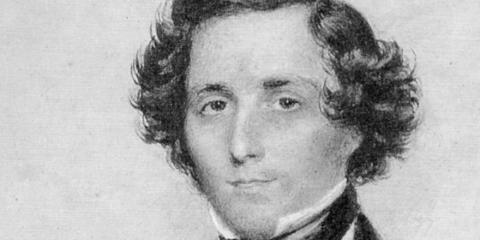 MCO’s Mendelssohn’s Octet can be heard in Melbourne on Sunday 1 October at Melbourne Recital Centre.

The German composer Johannes Brahms (1833–1897) wrote music for piano, voice, chorus, orchestra and chamber ensembles. His 24 chamber works, representing 40 years of his compositional output, span the period from the Piano Trio Op 8 (1854) through to the Clarinet Sonata Op 120 (1894) and include sonatas, trios, quartets, quintets and sextets. His output follows the traditions of Haydn, Mozart and Beethoven.

Brahms composed two string sextets: his first compositions for strings that did not include piano. The String Sextet No 1 in B flat major Op 18 was composed over 1859 and 1860 when the composer was 27. The violinist Joseph Joachim led the ensemble who premiered the work in Hanover. Scored for two violins, two violas and two cellos, the work was premiered in Hanover under the leadership of the violinist Joseph Joachim.

The Allegro ma non troppo is in sonata form, opening with a warm melody on the cello that sets the tone and mood of the work. The Andante is a set of variations in D minor. The sombre yet noble theme is introduced by the first viola, and then followed by six variations. It was this movement that Brahms transcribed for piano, dedicating it to Clara Schumann in 1860. The third movement is a scherzo and trio in the tradition of Beethoven; rustic in style it exhibits vibrant and animated exhilaration. The final movement is an expansive rondo with four contrasting sections; it has a sunny, leisurely and good humoured character.

In the Octet we see a three-way ‘interpolation’: the autobiographical; the Norfolk world of John Cowper-Powys; and a benevolent glance over the narrowed spectacles of Franz Schubert (a presence, in the mind of the composer, hovering over the work). Full of mystery, the musical manifestations of these influences appear as if the missing pieces in a wider pattern, itself never fully in focus. The first two are referenced on the front page of the Octet manuscript thus:

Composed mostly during July and August 2015 with some preparatory sketches made the previous January, a depiction of wanderings amongst the Norfolk countryside since 2013; an autobiographical winter journey. – DGW August 2015

“Harrod’s Mill was approached, by its own drive, through a couple of open fields. They entered this drive through a gate leading out of the road to Didlington, just before the bridge over the River Wissey. The wind was sharp indeed…” – John Cowper Powys A Glastonbury Romance 1932

Felix Mendelssohn (1809–1847) was one of the leaders of German music in the first half of the nineteenth century. A renowned composer, conductor, pianist and organist, his musical style was influenced by Bach, Mozart, Weber and Beethoven. His music provided a direct link to the past while looking towards the future directions of the times.
Mendelssohn composed the Octet in E flat major Op 20 in 1825 when he was 16 years of age, and presented the autographed score as a birthday present to his violin teacher Eduard Rietz. It has been conjectured that the work was inspired by Louis Spohr’s Double Quartet No 1 in D minor Op 65 composed in the same year. The Octet is considered to be the first work of Mendelssohn’s musical maturity. Prior to this he had completed dozens of major works including symphonies, concertos and operas.

The work is scored for double string quartet (four violins, two violas, two cellos). The opening Allegro is exhilarating with its soaring first violin line. The Andante in a modified sonata form provides with its ethereal beauty a soothing reprise from the opening movement. The Scherzo is marked to be played fast, as light as possible and is inspired by the closing lines of ‘Walpurgisnachtstraum’ (Walpurgis Night’s Dream) of Goethe’s Faust: “Trails of cloud and mist, Brighten from above; Breeze in the trees, and wind in the reeds, And all is scattered”. The Presto finale is a bravura display of technique. It is a combination of a rondo, complex counterpoint and moto perpetuo (constant motion).

On the manuscript Mendelssohn wrote: “The octet must be played by all instruments in symphonic orchestral style. Pianos and fortes must be strictly observed and more strongly emphasized than is usual in pieces of this character.”