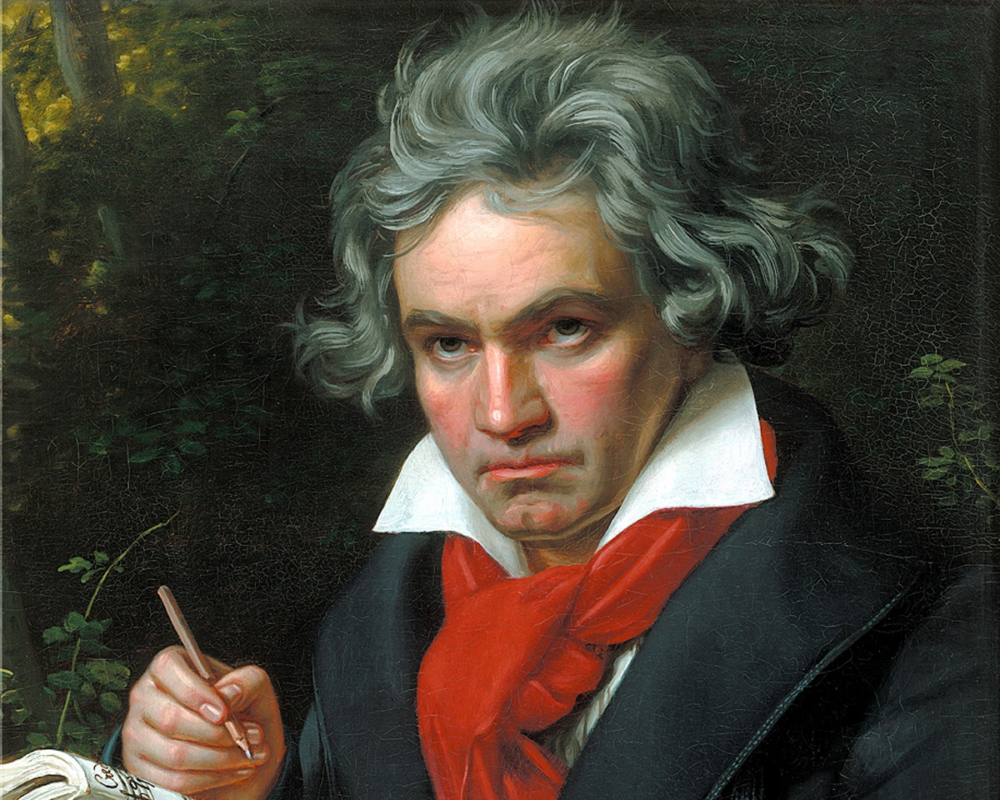 MCO’s Hennessy’s Beethoven can be heard in Melbourne on Saturday 13 June at The Deakin Edge, Federation Square and Sunday 14 June at Melbourne Recital Centre.

Symphony No 60 in C major, Hoboken I/60 Il distratto

Joseph Haydn (1732–1809) completed Symphony No 60 in 1775. The Symphony contains the overture, four entr’actes and finale from the music composed in 1774 for a five-act play, Le Distrait, by Jean-François Regnard. It is scored for two oboes, two horns, two optional trumpets, timpani, and strings.

The slow introduction of the symphony opens with a fanfare. The Allegro is in sonata form with two divergent subjects. The Andante movement features dramatic contrasts between the string motif and the oboe/horn fanfare. The minuet is measured and the trio provides another example of exaggerated contrast in character. The Presto is driving and wild and could have provided the finale for the work. The penultimate Adagio is marked by a long melody over a rolling accompaniment with the timpani and trumpets interrupting the flow momentarily. The finale is another wildly energetic movement. Haydn throws everything at this movement including any number of musical jokes, including the sound of the instruments tuning.

Throughout the work it is as if the characters from the play make their appearance in a range of guises. These provide an excitement and contrast that marks this work. This is Haydn at his most inventive, entertaining and challenging.

The English composer Sir William Walton (1902–1983) stands alongside Vaughan Williams and Britten. Along with his operas, symphonies, ballets and concertos Walton is also remembered for Façade, the overture Portsmouth Point, the cantata Belshazzar’s Feast, and the coronation march Crown Imperial.

Walton’s first excursion into film music was in 1934 with Escape Me Never. During World War II he wrote a number of patriotic film scores. It was his collaboration with Laurence Olivier that resulted in the scores for Henry V (1943-4), Hamlet (1947) and Richard III (1955).

Passacaglia: Death of Falstaff presents a sombre and noble scene. The repeated pattern is first introduced in the bass with the upper strings gradually building throughout the work. “Touch my soft lips and part” is a farewell in the form of a lilting lullaby. This is one of Walton’s most tender works.

The Quartettsatz (Quartet Movement) in C minor, D703 was composed by Franz Schubert (1797–1828) in December 1820. It is the first movement of an unfinished quartet and regarded as the first work of his mature period of composition. The Quartettsatz was not premiered until March 1867 in Vienna, with the publication of the score, edited by Brahms, following in 1870. Although only one movement, the work is listed as String Quartet No 12.

The Allegro assai movement is marked by extreme concentration and intensity with great contrast in texture and register. This provides some insights into the thinking that led to the compositions of the final three string quartets.

The Violin Concerto is Beethoven’s only completed concerto for the instrument. It is an admirable companion to the five piano concertos and the triple concerto. The violin concerto was composed in 1806 and also exists in transcription as a piano concerto (Op. 61a, completed in 1807).

The years immediately surrounding the composition of the concerto were exceptionally productive for Beethoven. He completed among other works the “Appassionata” sonata (1805), the fourth (1806), fifth (1808) and sixth (1808) symphonies; the triple concerto and fourth piano concerto (1807); the three Rasumovsky string quartets (1806); and the Choral Fantasy (1808).

The first performance of the violin concerto was given in Vienna in December 1806. It was written for Beethoven’s colleague at the Theater an der Wien, Franz Clement. The work was later dedicated to his friend Stephan von Breuning. The concerto was reasonably received however it was performed infrequently in the decades that followed. It was revived in 1844 by Mendelssohn with the violinist Joseph Joachim.

In addition to the solo violin, the work is scored for one flute and pairs of oboes, clarinets, bassoons, horns and trumpets, timpani and strings. The concerto opens unusually with the unaccompanied beats on the timpani. This commences one of the longest opening concerto movements to date. The two contrasting themes provide great contrast and variety in their exposition and development. The lyrical slow movement initially allows the soloist to take an accompanying role. The melodic material is developed and strengthened throughout the movement. The Rondo returns to the opening key with the soloist introducing the articulate main theme. Again this movement is characterised by the juxtaposition of contrasts. The concerto is symphonic in nature and anticipates the later developments of the form by Beethoven and other composers.