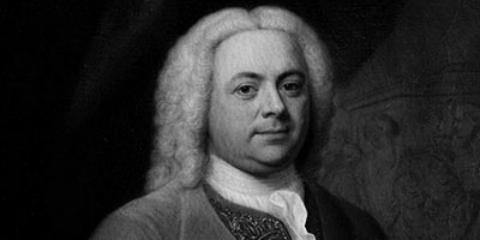 George Frideric Handel (1685-1759) was born in Halle, Germany, and after spending some time in Italy settled in London in 1712 where he remained until his death. While he is famous for his operas, oratorios, anthems and concertos, he was a great music entrepreneur who tested, tantalised and educated his audiences.

The 12 concerti grossi were written in the short period of September and October 1739 and published as Op 6 in 1740. With the intensity of the compositional period (and the volume of output) they were presumably composed as an integral set. In many ways, Handel followed the model of Arcangelo Corelli’s set (of 1714) with the same opus number, number of concertos and scoring.

The set of concertos range from four to six movements covering a diverse range of titled movements and dances. Throughout each concerto there is a wonderful sense of invention and character. Within the movements there is great contrast in tempo, dynamics and intent.

The concertos are scored for a concertino of two violins and cello with four-part ripieno strings and continuo. Later, Handel added oboe parts, mostly doubling the ripieno violins in concertos nos. 1, 2, 5 and 6.

Like Bach, Handel was a great borrower of his and other composer’s works. Within Op 6 we see Handel drawing on his Ode for St Cecilia’s Day and the organ concertos – transforming some of the ideas evident in them.

Anthony Hicks describes the Op 6 set as, “an apotheosis of the Baroque concerto, to be set alongside the Brandenburg Concertos of Bach, as well as an epitome of Handel’s art, drawing on many sources and influences and uniting them in a style uniquely his own”. These exquisite concerti provide great contrast to the earlier set of concerti grossi Op 3 (1734), the Water Music (1717) and the later, more expansive, Music for the Royal Fireworks (1748).

The opening movement of the D major concerto Op 6 No 5 is in the French style with its characteristic stately dotted rhythms. Charles Burney, writing in 1785, said “the opening of this piece always impressed me with the idea of its being the most spirited and characteristic of all the music written by Handel, or any other composer … which seems to require a convulsive, deliberate and military craft.” The Allegro provides a vigorous contrast in a contrapuntal style. The Presto in triple time reinforces the contrast with its light-hearted character. In the Largo the counterpoint of the two violins is exquisite and is reminiscent of Corelli. The fifth movement, Allegro, is written for the full ensemble and is filled with fun and exuberance. It is as if the work could conclude with this movement, however it is followed by a restrained and considered Minuet with its interweaving lines.

Quatre petites prières de Saint François d’Assise (Four small prayers of Saint Francis of Assisi) FP 142 was composed for male voices and has been arranged for strings by William Hennessy.

Poulenc wrote this work in August 1948 for his great nephew who was a monk in the Franciscan monastery of Champfleury Poissey. The choir of the monastery premiered the work which marks the composer’s return to Catholicism and brings together a range of choral styles and incorporates chant and organum.

Pantomime is inspired by the Tim Burton poem The Melancholy Death of Oyster Boy, a surreal, savage tragicomic poem about a boy born half human half oyster; a burden and an oddity, he brings misery to his parents, and the drastic, bizarre sequence of events that lead to his demise, whilst darkly amusing, reflect on how acutely people can race to the bottom to preserve their own interests.

Matt has been writing music since he started university, sketching ideas whilst training to be a viola player, and completing a Bachelor of Music/Bachelor of Commerce at the University of Melbourne. Following a successful participation in the Flinders Quartet’s 2017 composer workshop, his first big commission Out of Hibernation was premiered by the Quartet in 2019 through which he was awarded an Ian Potter Cultural Trust grant to work on the quartet with mentoring from Brett Dean in London and Berlin.

Having participated in the Melbourne Symphony Orchestra’s 2020 Young Composer program, he was subsequently selected as the Orchestra’s Young Composer in Residence for 2021, culminating in the premiere of his bassoon concerto Of Paradise Lost in July 2022. Matt is a recipient of a 2021 Prelude Residency through the Peggy Glanville-Hicks Composer House Trust, and is a Musica Viva FutureMaker for 2021-23.

Arcangelo Corelli (1653-1713) was one of the most important composers of his day, and his influence remained long after his death. He has the distinction of being one of the first composers whose reputation was derived from instrumental compositions. Corelli influenced style and instrumental technique, often being credited as the founder of modern violin technique. His students include Francois Couperin, Handel, Muffat, and Geminiani.

Although his output was modest in contrast to many of his contemporaries, Corelli made a great contribution to the development of the form of the concerto grosso of the later seventeenth century. Indeed, his works became a model for many composers.

Corelli spent a number of years working on the 12 Concerti Grossi Op 6 and they were published shortly after his death. With this collection, we see the development from the concerti da chiesa (church concerti), with fast movements generally in fugal form, to the concerti da camera (chamber concerti) incorporating dance movements. The crafted short movements of the concerti demonstrate Corelli’s mastery of form and style. He encapsulates clarity of thought within these well-honed miniatures.

The G minor concerto is in six movements and has the title fatto per la notte di Natale (made for Christmas night) and known as the Christmas Concerto. The concerto is scored for an ensemble consisting of two concertino violins and cello, ripieno strings and continuo. The work is structured as a concerto da chiesa, in this case expanded from a typical four movement structure to six.

The short movements provide great contrast of tempo and spirit. The opening Grave and spirited Allegro are in G minor, as are the Vivace and Allegro movements. The central Adagio is in E flat while the Largo finale is in G major. This movement in the style of a siciliano is marked Pastorale ad libitum and is reputed to have been the model for the pastorale that ends the first part of Handel’s Messiah.

Dixit is an astonishing testimony to Handel’s compositional technique near the start of his Italian period, notably in his grasp of large-scale form. Vigorous and vivid word-painting (such as the percussive setting of the word ‘conquassabit’) abounds, but even when the text is not emotionally expressive Handel devises memorable effects with it, as in the combination of cantus firmus and chattering counterpoint of ‘Tu es sacerdos’ or the intertwined solo lines, strange harmonies and mystical chanting of the lower voices in ‘De torrente’.

Dixit Dominus is scored for two sopranos, alto, tenor, bass, mixed chorus (SSATB), strings and continuo. It is a setting of Psalm 110 that commences with Dixit Dominus (The Lord said). The work was probably commissioned by Cardinal Colonna. The score is dated April 1707 and is Handel’s earliest surviving autograph.

This remarkable psalm setting is divided into nine movements and provides great contrast with impressive choruses, solos, with the remarkable Gloria concluding with the fugal Amen. The musicologist, H. C. Robbins Landon described the virtuosic choral writing “of staggering technical difficulty, displaying immediately the excellence of Roman choirs at the beginning of the century.”