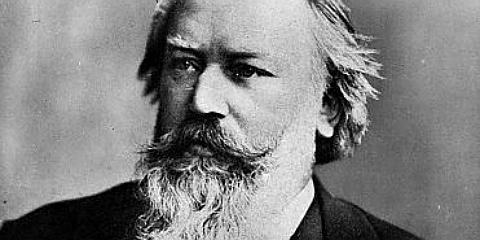 MCO’s “Brahms Piano Quartet” can be heard on Thursday 11 February 7:00pm AEST on Melbourne Digital Concert Hall via live stream and live in the studio audience at the Athenaeum Theatre, Melbourne.

Johannes Brahms (1833–1897) composed 24 chamber works, representing 40 years of his compositional output. These works span the period from the Piano Trio Op 8 (1854) through to the Clarinet Sonata Op 120 (1894) and include sonatas, trios, quartets, quintets and sextets. His output follows the traditions of Haydn, Mozart, Beethoven and Schubert.

For Brahms, the early years of the 1860s were dominated with the composition of a series of chamber works including the two string sextets, the piano quintet, the horn trio, the first cello sonata, and two piano quartets. Other compositions around this time include various vocal and choral works and for piano the Waltzes Op 39 and the sets of Variations on themes by Handel and Paganini.

The two piano quartets were composed in 1861. Piano Quartet No 2 in A was premiered in November 1863 in Vienna with members of the Hellmesberger Quartet with Brahms playing the piano part. The quartet is the longest of the composer’s chamber works. It is in four movements with all except the slow movement in sonata form.

The extensive opening Allegro non troppo is dominated by lyrical melodies that are developed as a series of motivic developments. Throughout there is a sense of continuous unending melodies.

The Poco adagio movement is in rondo form which sees the return of the opening theme throughout the movement. This is dominated by a poignant and muted atmosphere exemplified through a range of textural sonorities.

The Finale Allegro is imbued with a dance-like quality from the start with the syncopated opening theme. As with the previous movement the intensity and drive build throughout leading to a spirited and exciting conclusion.