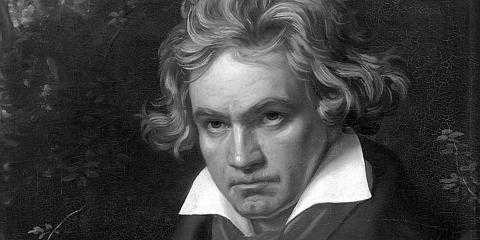 Hugo Wolf (1860–1903) was an Austrian composer most remembered as a composer of lieder. His work is a great extension of the development of the lied by Schubert, Schumann, and Brahms. He was influenced by Wagner and made a significant contribution to the development of the lied. Two of the remarkable collections of lieder are the Spanisches Liederbuch (1889) and the Italienisches Liederbuch (1891). In addition, he composed a small number of instrumental and orchestral works. His tragic life was dominated by depression and he died insane.

The Italian Serenade was composed in a few days in May 1887 as a string quartet named Serenade in G Major, and developed in 1892 for small orchestra. Wolf made a number of attempts to compose subsequent movements but these were never realised. The work is dominated by a playful energetic spirit.

Sally Beamish (b 1956) is an English composer and viola player. She is a composer of orchestral, choral, vocal and chamber music.

String Quartet no. 2: Opus California was composed in 1999 following a commission by the Brodsky Quartet who gave its first performance in London in March 2000. Sally Beamish writes:

In response to a commission from the Brodsky Quartet, who were assembling a set of pieces inspired by Beethoven’s Opus 18, I chose the first movement of number 4 in C minor, which was the first piece I ever played in a string quartet, at the age of fifteen. The rich, dark harmonies fascinated me, and it was the beginning of my realisation of what it means to play a stringed instrument – the world of chamber music opened up for me at that moment…This quartet represents an ‘opening-up’ of my own language, while offering a light-hearted angle both on the Beethoven, and on the American experience.

The four movements each take a fragment of the Beethoven and develop it, using aspects of jazz and contemporary American style. The first movement describes the types ‘strutting their stuff’ along the boardwalk in Santa Cruz. The second is a snapshot of the Golden Gate Bridge from the air in an early morning mist. Dreams before Lullabies is a gentle cradle song, and Natural Bridges is the name of a popular beach with spectacular rock formations. (https://www.sallybeamish.com/)

Ludwig van Beethoven (1770–1827) composed chamber music across a wide range of genres, from instrumental solo sonatas, to trios, quartets, quintets, sextets and a septet in various combinations of instruments. Beethoven’s string quartets are among the most significant pillars of the chamber music repertoire. They are in many ways the point of reference to the future development of the genre. The string quartets of Haydn and Mozart provided a foundation for Beethoven to develop and push the boundaries of style, expectation and realisation. The 16 quartets cover the composer’s life and provide important markers in his compositional output.

The String Quartet in F major Op 135 was written in October 1826 and was the last major work that Beethoven completed. It was first performed by the Schuppanzigh Quartet in March 1828 a year after his death.

The work is in four movements and it is as Joseph Kerman described it, is “a brilliant study in Classical nostalgia”. Kai Christiansen takes it further by stating “Beethoven filled it with the blended contents of his entire career as if to say ‘here is the first string quartet I would have written had I only known then everything that I know now.’ … Its scale is not small but epigrammatic, an epic within an essay.”

The opening Allegretto is in sonata form with the main themes constructed as a series of motives that are developed and treated in a range of textures, including some considerable counterpoint.

The second movement Vivace is a spirited scherzo. The slow movement is marked Lento assai, cantante e tranquillo. This is the longest movement in the work and is a hymn-like song characterised by a deep and enigmatic mood, and variously described as a vision of the abyss.

The finale headed Der schwer gefasste Entschluss (The Difficult Decision) commences with a slow introduction (with an inscription Muss es sein? – must it be?) and followed by an extended Allegro (with the complementary statement Es muss sein! – it must be!). This is a strong, joyful and affirmative conclusion. \