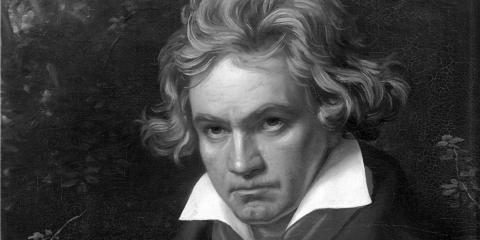 MCO’s “Beethoven Quintets” can be heard on Thursday 3 December 8:30pm AEST on Melbourne Digital Concert Hall via live stream and live in the studio audience at the Wedge Performing Arts Centre, Sale.

Sabine Kurth in her preface to the 2002 Henle edition of the quintets said “compared to Mozart or Boccherini, Beethoven’s works for string quintet do not fall easily in a coherent body of music. Rather, they are important isolated pieces that owe their origins to various external occasions.”

The String Quintet in C minor Op 104, is an arrangement of the Piano Trio in C Op 1 No 3, completed in 1817 and first performed in 1818. This is Beethoven looking back on a work completed in 1794-95. Grove reported that Beethoven was presented with a transcription for string quintet of his Piano Trio in C minor Op 1 No 3 by a Herr Kaufmann. Beethoven proceeded to revise Kaufmann’s transcription—but added his own improvements such that it was, once again, unmistakably Beethoven. He was clearly happy with the result and it was published as Op 104.

The work is structured in four movements. The opening Allegro con brio conveys intense and turbulent moods through a wide tonal range. This is contrasted with the respite of the Andante cantabile con Variazioni that presents a simple theme with five variations. The Minuetto. Quasi allegro presents a boisterously witty yet elegant character. The Prestissimo finale returns to the stormy mood of the first movement and is filled with fury and drama.

The String Quintet in C Op 29 was composed in 1801 and published in Leipzig in 1802. It was commissioned by Count Moritz von Fries who was also the dedicatee of the two piano and violin sonatas Op 23 and Op 24, and the Seventh Symphony. The Quintet was written between Symphony No 1 (1801) and Symphony No 2 (1802), and after the Op 18 string quartets. The spirit of the work belies the fact that this was a time of the composer’s increasing deafness and the despair of his own social and emotional isolation that a year later was expressed in his Heilegenstadt Testament of 1802. Richard Wigmore said “This strangely neglected masterpiece is Janus-headed, at once retrospective and prophetic”.

The opening Allegro moderato conveys a sense of expansiveness and calm. The sonata form movement is marked by some striking modulations. The lyrical Adagio molto espressivo, also in sonata form, is marked by ornate lines producing a sonorous texture and a great contrast to the opening movement. The Scherzo Allegro has a genial character with a great deal of energy. This leads to the tumult and bewilderment of the final Presto. There are dramatic tremolos, changes in tempo and key along with dynamic punctuations that gave the work the nickname Der Sturm (The Storm).