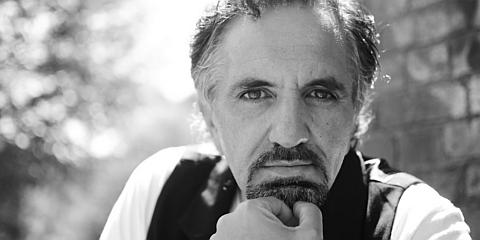 A concerto is in general terms an instrumental work built on some form of contrast between a larger instrumental ensemble and a smaller group or a solo instrument, or among various groups within an orchestra. It was not until the eighteenth century that we start to see the term generally applied to works in three movements (fast-slow-fast). From this time we see the development of virtuosic display by the soloist. It is interesting to delve into the etymology of the term “concerto”. The writers of the Oxford Dictionary of Music suggest “‘Concerto’ probably comes from the Latin concertare, which can mean both ‘to contend, dispute, debate’ and also ‘to work together with someone’. The primary Italian meaning of concertare is ‘to arrange, agree, get together’, but both this and the other Latin definition (they are not mutually exclusive) were in use in the course of the form’s development.”

The concerto grosso is considered to be an expansion of the trio sonata for two melody instruments and a basso continuo (often two violins and continuo). In the concerto grosso, a small group of instruments (the concertino) is placed against the string orchestra (the ripieno). This was used by Corelli, Geminiani and Handel. The form emerged again in the twentieth century with composers such as Stravinsky, Bloch, Vaughan Williams, Schnittke, Villa-Lobos, Penderecki and Glass.

Arcangelo Corelli (1653–1713) was one of the most important composers of his day, and his influence remained long after his death. He has the distinction of being one of the first composers whose reputation was derived from instrumental compositions. He influenced style and instrumental technique, often being credited as the founder of modern violin technique. His students included François Couperin, Handel, Muffat, and Geminiani.

Although his output was modest in contrast to many of his contemporaries, Corelli made a great contribution to the development of the form of the concerto grosso of the later seventeenth century. Indeed, his works became a model for many composers.

Corelli spent a number of years working on the 12 Concerti Grossi Op 6 and they were published shortly after his death. With the Op 6 collection we see the development from the concerti da chiesa (church concerti), with fast movements generally in fugal form, to the concerti da camera (chamber concerti) incorporating dance movements. The crafted short movements of the concerti demonstrate Corelli’s mastery of form and style. He encapsulates clarity of thought within these well-honed miniatures.

The compact third concerto provides a collection of pieces alternating slow and fast tempos and moods. The imposing Largo is contrasted to Allegro with its fugal passages. The Grave movement provides some momentary desolate contemplation that is relieved by the interplay of the concertino and ripieno in the Vivace movement, before the dance-like concluding Allegro.

Charles Avison (1709–1770), an English composer and writer based in Newcastle upon Tyne, is reputed to have studied with Francesco Geminiani in London. He composed some 60 string concerti grossi as well as works for organ or harpsichord, and a number of arrangements of Domenico Scarlatti’s harpsichord sonatas for string orchestra. His book, An Essay on Musical Expression, was the first book of music criticism published in English. It remains a good source of information on musical life and performance practice of the time.

The nine concertos in four parts Op 9 were written in 1766. There is an elegance within the four contrasting movements with the alternate slow and fast tempos.

Joe Chindamo (b. 1961) is a musical polyglot whose art defies classification. While forging an international career as a brilliant jazz pianist—producing 23 CDs, topping the jazz charts in Japan and touring the world with the genre’s leading figures—he was working as first call pianist on over 60 film soundtracks and performing & recording with a plethora of leading artists from the worlds of opera, jazz, theatre and pop.

More recently Chindamo has emerged as a coveted new voice in contemporary classical composition, receiving numerous commissions from Australia’s leading soloists, chamber groups and symphony orchestras, including the Australian Chamber Orchestra; Australian String Quartet; and the Melbourne and Queensland Symphony Orchestras. Recently highlights include the premiere of his concerto for Concerto for Drums and Orchestra performed by Melbourne Symphony Orchestra and the performance of his new String Orchestra work for the centenary of Australia House, London.

It is a musical narrative written about, and on behalf of anyone who has either been a refugee or immigrant.

As a first generation Australian (my father and mother emigrating from Italy in 1956 and 1959 respectively), my formative years were underscored by what might best be described as cultural schizophrenia. I wasn’t Australian, yet I wasn’t Italian either, a self-realisation unwithered by the ensuing years.

This unsettling dance of conflicting identities not only shaped me and the way I see the world, but my music as well; and given the spirit of this work, I chose to tell the story through my own historical perspective.

I drew on the essence of the music I heard as a child, the romance of those Italian pop records my parents played, including the tortured Stornelli my late dad would sing on occasion. The latter were improvised musical poems peculiar to Southern Italy, which have much more in common with the wailing sounds of Arabic music than anything Pavarotti ever sang.

Of course, the sophistication and virtuosity of the language incorporated in Sanctuary transcends the scope of the music of my youth: it is the language of 20th century classical as exemplified by Prokofiev, Shostakovitch, Bartok et al combined with the melancholic romanticism of those stalwarts of Italian cinema, Rota and Morricone (whom, I later found out, was the arranger on some of those hitherto mentioned Italian pop records).

Ultimately, the music is drawn from the human condition itself, where the commonalities of our desires, our sufferings, our joys, our tragedies and our triumphs, are testimony to the fact that we are, in the end, one people.

Antonio Vivaldi (1678–1741) is considered as one of the most original and influential Italian composers of his time. His contributions to musical style, violin technique and the art of orchestration were substantial. Vivaldi was not an inventor of musical forms: he used, adapted, refined and expanded them across his prodigious output. He wrote approximately 500 concerti of which there are about 40 double concerti, mostly for two similar instruments, and another 30 multiple concerti, in which three or more soloists participate. The concerti generally follow the three-movement plan of fast-slow-fast. It is within this form that we start to see the development of the role of the soloist – particularly in the first movement.

The double concerto in B flat was probably composed in the 1720s and is scored for violin, oboe, strings and continuo. The opening movement has a robust character where the two solo instruments develop a series of contrasting melodic lines. The central Largo has the two soloists presenting a siciliano over a simple accompaniment of the orchestra. The final Allegro is a spirited gigue alternating between the soloists and the orchestra.

George Frideric Handel (1685–1759) was born in Halle, Germany, and after time in Italy, settled in London in 1712 where he remained until his death. While he is famous for his operas, oratorios, anthems and concertos, he was a great music entrepreneur who tested, tantalised and educated his audiences.

The 12 Concerti Grossi were written in the short period of September and October 1739 and published as Op 6 in 1740. With the intensity of the compositional period (and the volume of output) they were presumably composed as an integral set. In many ways, Handel followed the model of Arcangelo Corelli’s set (of 1714) with the same opus number, number of concertos and scoring.

Anthony Hicks describes the Op 6 set as “an apotheosis of the Baroque concerto, to be set alongside the Brandenburg Concertos of Bach, as well as an epitome of Handel’s art, drawing on many sources and influences and uniting them in a style uniquely his own”. These exquisite concertos provide great contrast to the earlier set of concerti grossi Op 3 (1734), the Water Music (1717) and the later, more expansive, Music for the Royal Fireworks (1748). The concerti were premiered during performances of oratorios over the winter of 1739 to 1740.

The C minor concerto is a collection of contrasting dances. There is an elegant sense of motion throughout each of the movements. The opening Allemande is marked by the imitation between the violin and the bass line, as well as the dialogue between the violins. The Grave has a series of unexpected modulations that adds to its dramatic yet sombre character. The Andante allegro is built on a four-note motif that is passed around the soloists and the ensemble building the musical texture. The brief but expressively melancholic Adagio leads into the pastoral siciliana with its alternations between the soloists and orchestra. The final Allegro for the full orchestra is in the character of a polonaise.

The Italian composer Tomaso Albinoni (1671–1751) was a prolific composer of operas and church music. He wrote the 12 Concerti a cinque Op 9 in 1722. They were dedicated to the Elector of Bavaria, Maximilian II Emanuel, and believed to have been composed during a visit to the Elector’s court where his works were being performed. The set includes a collection of works for one and two oboes, strings and continuo. The concerto follows the usual pattern of the fast-slow-fast structure with the highlight being the poignant middle movement.