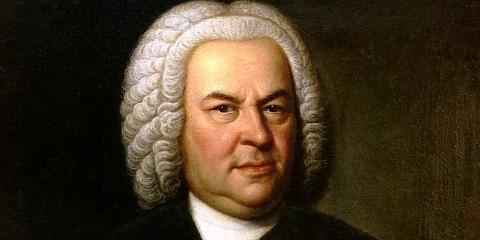 Bach Concertos is MCO’s May tour. The performances can be heard in Melbourne on Thursday 2 May and Sunday 5 March, and in Shepparton (3 May), Traralgon (7 May) and Warragul (8 May).

Antonín Dvořák (1841–1904) was a Czech composer who displayed great nationalism in his music across many genres. He is most remembered as a composer of orchestral and chamber music, but he also composed 11 operas of which Rusalka is his most successful.

In 1887 Dvořák wrote two works for two violins and viola. The first, Terzetto in C major which was composed over a week in January, and the second, Drobnosti (Miniatures). The composer arranged the Miniatures as Romantické kusy (Romantic pieces) Op 75 B150 for violin and piano.

The original work (Miniatures) was composed with four movements (Cavatina, Capriccio, Romanza, Elegia) however in this arrangement by Nicholas Buc the final movement is not included. The Miniatures are short utterances that take us from the wiltingly beautiful Cavatina, through the spirited Capriccio, to the extended melodies of the Romanza.

Georg Philipp Telemann (1681–1767) was one of the most highly revered, distinguished and prolific composers of his day. His music and reputation was of the highest order and he remained at the forefront of musical innovation throughout his lifetime. He made an important contribution to musical life, publishing, music education and music theory and his music provides an important link between the late Baroque and early Classical styles.

Telemann’s list of surviving compositions is monumental. Among the instrumental works are 125 orchestral suites, over 100 concertos for one to four instruments, as well as hundreds of works for various combinations of instruments.

The Concerto for four violins in A major is in four movements (slow–fast–slow–fast). Each movement is a contained gem of contrast and mood where ideas are passed effortlessly between the instruments.

In addition to what many believe to be his unrivalled compositional talents, Johann Sebastian Bach (1685–1750) was a renowned keyboard virtuoso. He composed seven concertos for a single harpsichord (BWV 1052–1058), three for two harpsichords (BWV 1060–1062), two for three harpsichords (BWV 1064 and 1064), and one for four harpsichords (BWV 1065)—all of which were written in Leipzig in the late 1730s. Most of the concertos are believed to be arrangements of earlier concertos for single-line instruments, possibly written during his time in Köthen. Interestingly, it is mostly the keyboard versions of these concertos that have survived. They are considered to be the earliest examples of this genre.

The works were possibly written as either Hausmusik (house music) for domestic performance by members of the Bach family, or for the Collegium Musicum in Leipzig of which Bach was Director, and which presented weekly concerts.

The concertos are scored for harpsichord, strings and basso continuo. Concerto No 7 in G minor BWV1058 is a transcription of the Violin Concerto BWV1041. It commences with a stately and measured Allegro, progresses to one of Bach’s poignant Andante movements, and concludes with a tumbling Allegro assai.

The Concerto in A major BWV1055 is possibly developed from the lost oboe d’amore concerto. The opening Allegro is an unrelenting display of the solo instrument with the strings providing an accompaniment to the ever-developing ideas. The Larghetto is a wistful siciliana that provides a contrast to the fast dance-like Allegro ma non tanto.

The Hungarian Béla Bartók (1881–1945) was a prominent composer, pianist and ethnomusicologist of the first half of the twentieth century. In addition to his teaching and performing he devoted a great deal of his life to collecting and analysing folk music from his native Hungary and the surrounding countries.

Divertimento for String Orchestra Sz113 BB118 was composed in 1938 and was the last work Bartók completed in Europe before he left Hungary and immigrated to the USA around the time of the outbreak of World War Two. The work was commissioned by the Swiss conductor and patron Paul Sacher for the Basel Kammerorchester. Earlier, in 1936, he had commissioned Bartók to write the Music for String, Percussion and Celesta.

The Divertimento was written in 15 days while the composer was staying at Sacher’s chalet in Saanen, Switzerland. The title, meaning ‘diversion’, is more associated with Haydn and Mozart, and the music has the character of a neo-classical work in the style of a concerto grosso. The work is scored for string orchestra with considerable use of divisi, where each part is divided into more than one line.

The Allegro non troppo is in sonata form and has a carefree character of a waltz imbued with gypsy characteristics. The textures constantly change throughout the movement. The central Molto adagio is very slow and dark and displays Bartok’s profound and reflective characteristics often heard in his “night music”. The final Allegro assai is a spirited dance-like rondo. The contrast of solo instruments and the full ensemble provide a great sense of textural variation.

LISTEN ON SPOTIFY
1 year ago