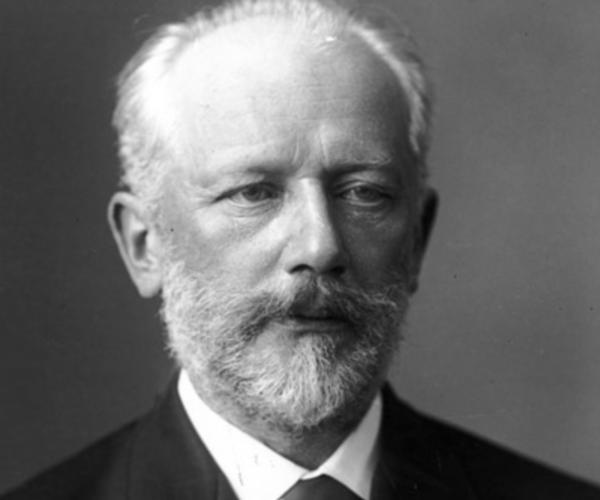 For many, Tchaikovsky is the quintessential Russian Romantic composer. Well known for his Nutcracker and Swan Lake ballet music, the piano and violin concertos, and the opera Eugene Onegin, Tchaikovsky wrote music that is once immediately recognisable as Russian, but synthesised the musical language of Western Europe at the time.

The variation form re-imagines a simple theme in different emotional guises. Perhaps one variation transforms the theme into an elegant dance, another a doleful aria, and another a virtuosic race to the finish line. For composers, the challenge of variations is to show how imaginative they can be in varying the theme. In the best variations, sometimes the transformations are so radical you can’t remember the original theme.

Composers often write variations based on a theme by others. Later in the year, we perform variations by Arensky on a theme of Tchaikovsky, for example. Other times, composers write their own theme or use a popular melody—Beethoven wrote variations for the piano on Rule Britannia and God Save the King. Unusually, the theme of the Variations on a Rococo Theme is not a real Rococo melody nor the work of another composer, but a theme imagined by Tchaikovsky in an old style.

Tchaikovsky had enormous admiration for the Classical-era music written around a century before his time, particularly that of Mozart and Haydn. In many of his works, the model of Classical music comes through in the textures and melodic writing. One way Tchaikovsky makes the Rococo Variations more Classical is by specifying an orchestra in the smaller size that was common in Haydn & Mozart symphonies. This allows a chamber orchestra such as MCO to perform this work.

The story of the composition of the Rococo Variations is firmly intertwined with the German cellist Wilhelm Fitzenhagen, to whom Tchaikovsky dedicated his variations. Tchaikovsky had asked Fitzenhagen for his advice on the solo cello part. In response, Fitzenhagen made wholesale changes to Tchaikovsky’s solo cello line, as well as re-ordering the variations and omitting an eighth variation. The work was premiered in its altered form without Tchaikovsky’s knowledge in 1877. Fitzenhagen’s considerable modifications made their way into the printed editions of the work which appeared in the following years. When Tchaikovsky realised the extent to which his composition had been re-worked, he is reported to have said “The devil take it! Let it stand as it is!” Subsequently, the original version has been recovered, but the majority of performances adhere to the version altered by Fitzenhagen.